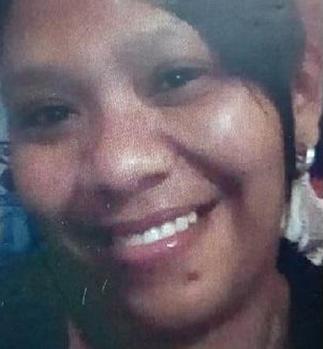 A search for a missing Manenberg mother of five ended when she was found inside Pollsmoor Prison this week.

The family of Suelinne Solomons, 35, feared the worst when she went missing last week, but said yesterday they were relieved she was alive and well, even if she was behind bars. Suelinne was last seen by her family when she left her home about 3pm last Wednesday. According to her relatives, she went to visit friends, but never returned. Her family said this was out of character for the mother and they immediately contacted the police and filed a missing person’s report.

The Western Cape Missing Persons Unit and Pink Ladies immediately got involved and a search was launched for Suelinne. Her sister, Gwen, said with so many missing women turning up raped and murdered, they were very happy to hear Suelinne was alive.


“We are just relieved that she is not another statistic,” said Gwen.

She confirmed a detective found Suelinne registered under a different name, that of Sherry Solomons, at Pollsmoor Prison this week. According to a police source, Suelinne was arrested in Simon’s Town for malicious damage to property on the day she went missing.

“She was also previously arrested in Muizenberg for stealing a few bars of soap and a chocolate from Checkers in the area,” the source said.

Gwen said they were very worried when Suelinne failed to come home that night.

“She has five beautiful children who love and miss her and I cannot say how worried my mother was. We prayed about it and I cannot even imagine what would have occurred if anything had happened to her. Lately all we see in the news are women who are raped, killed and dumped. Being in jail might be the only reason she is alive,” said Gwen

She said her sister had had a rough time recently, after losing one of her children.

“She has not been the same since then,” Gwen said, but refused to elaborate. It is not the first time she was arrested, but none of that even matters. We are grateful to the detectives and the teams who worked hard to find her.”

She could not say why Suelinne did not call home after her arrest.