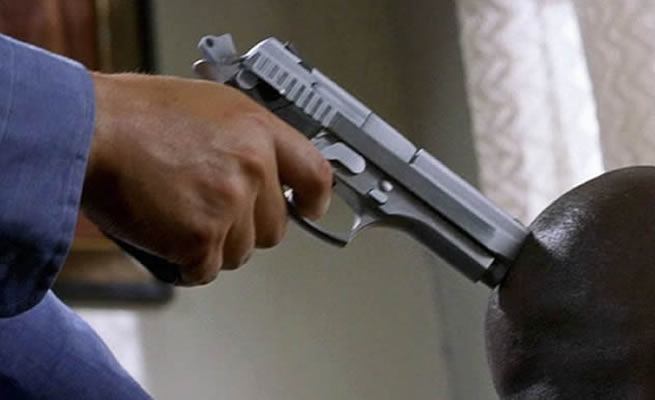 Police have launched a manhunt for the people who tied up a security officer and robbed a Free State school.

On Monday night, a 43-year-old security guard was on duty Malebaleba Primary School in Kutloanong when a man fired a shot at him.

Daring armed robbers made off with valuable school equipment after they broke into Malebaleba Primary School, Odendaalsrus, in Free State province, on the evening of Monday, 1 August, and the police have launched a manhunt.


It is alleged that heavily armed robbers tied up a security officer, went to the staff room where they flee away with nine laptops, computer hard drivers, six computer central processing units, five note pads, rooters, microwave, intercom and an undisclosed cash.

It is reported that an unknown suspect fired a shot at the security guard before a crowbar was used to force open the classroom the guard was in “and he was tied up at gunpoint,” said Thakeng.

The suspects then ransacked the staff room and fled from the primary school with laptops, cash and other valuables.

“After four hours, the security guard managed to untie himself and screamed for help,” said the police spokesperson. The guard was uninjured and a case of business robbery is under investigation.

The police spokesperson said the incident happened just before midnight.

“On Monday, at about 23:25 a 43-year-old security officer at Malebaleba Primary school was on duty when he saw an unknown man passing with a torch and the next moment, one shot was fired,” says Lejweleputswa police spokesperson captain Stephen Thakeng.

Thakeng says prior to the burglary, armed robbers used a crowbar to forcefully open the classroom.

“After they opened the classroom, they found the security officer and pointed a gun at him, and was taken to another classroom where he was tied up both his hands and feet with electric wire,” he explained.

“The suspects went to the staff room to rob the valuables of the school. After four hours he managed to untie himself and walked next to the fence to scream for help. Then a police vehicle was stopped that was passing by. The security officer did not sustain any injuries and a case of robbery was registered for further investigation,” detailed Thakeng.

Thakeng says the police are pleading with residents to assist the investigation team in tracking down the armed robbery suspects.

“Anyone with information leading to the arrests of these suspects, detective constable Modise Kotsi of Odendaalsrus Detective Services can be contacted at cellphone number 082 301 2797 or Police Emergency number 08600 10111,” Thakeng said.