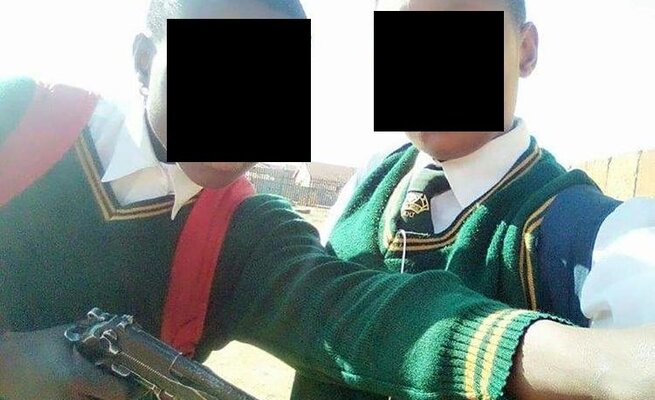 A boy has died after allegedly being shot by his friend, apparently after a fight. And the Atteridgeville father who allegedly left a gun unattended, which was found by his eight-year old son who then shot and killed his friend while playing, is facing the music.

Police spokesperson Colonel Noxolo Kweza said the father was arrested and charged with negligent handling of a firearm.

“He appeared in the Atteridgeville court [on Monday].”


It is believed the suspect was released from custody. However, the National Prosecuting Authority could not confirm this.

The family of the victim, Orifilwe Molebatse Maphutha, eight, are struggling to come to terms with their son’s tragic death.

He was allegedly shot in the eye by a friend who had come to pick him up at home to play on Friday.

His aunt, Letlhohonolo Khumalo, claimed that this was not the first time his friend had brandished a gun at him. Khumalo said that, according to the people who heard them arguing, the boy told Maphutha and his other friend that he hated them and later they heard a gunshot.

Prior to the alleged verbal altercation, Orifilwe was at home trying to fix his bicycle.

“His best friend and the other child came to fetch him. They left to go play. I started getting worried when he was not home by 6pm. I went to his best friend’s mother. Just before I sat down, she received a call that Orifilwe had been shot.”

Khumalo recalled that she rushed to the scene only to find the lifeless body of her nephew. “When I entered the house, I saw that he had been shot in the eye at close range.”

Khumalo said the entire family was struggling to come to terms with the death.

“As a family, we are struggling to even sleep. I haven’t slept for four days; it feels like this is just a dream. He left with our hearts, he was our happiness. His father is just a body walking, there’s no person there, he is in so much pain. Their bond was so strong and this has broken him. His mother is also in pain and this was her first child,” said Khumalo.

She raised concerns about the father of the alleged shooter leaving a gun unattended when there were children playing around. Khumalo alleged it was not the first time the boy had accessed the gun in front of his friends.

“From what we know, this was not the first time he pulled out a gun. ”

“He didn’t miss his soccer games. He also loved his music. There’s this song by Xxxtentacion called Hope and he sang that song every day and the lyrics now make sense.”