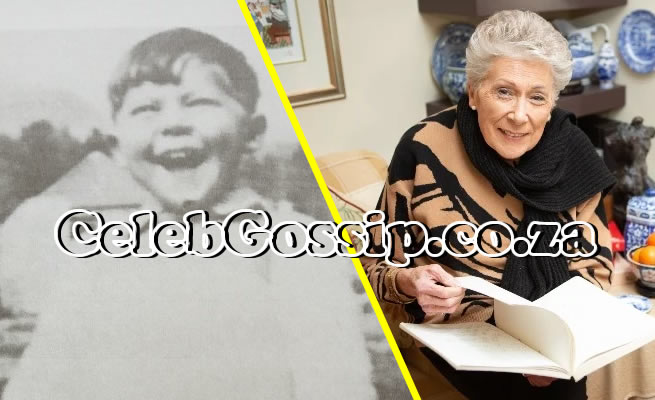 Koeksisters and cups of tea have been neatly laid out in the kitchen and her cosy nest of a cottage is filled with comfy couches and original South African artworks.

She describes her granny flat as fun and stylish with plenty of depth – “just like me”.

Elise Bishop certainly is stylish, elegantly dressed in a gold and black pants suit, her hair freshly done at a salon close to her home in Strand near Cape Town.


“That hairstylist is the first person I had to explain myself to after I moved here,” she says.

Elise (70) is the oldest known trans woman on record in South Africa, having undergone gender-reassignment surgery in the 1970s when she was 23 years old.

Her story made headlines in the early ’80s and she says she spent seven weeks on the front page of a Sunday newspaper.

“More than any prime minister!” she says with a chuckle.

Elise has now written a book, Twee Lewens, which is currently being translated into English under the title Two Lives, about her journey.

She chronicles her experiences from being a little boy growing up in the Karoo to making history as the country’s first transgender woman.

“I’m transgender but this modern terminology still sounds so strange to me,” she tells YOU, sipping on a blend of rooibos and English breakfast tea.

“I’m a sex change, finish and klaar. That’s what I was and still am.”

Elise was born Pierre van der Merwe in Graaff-Reinet on 12 June 1952 and spent most of her childhood with her grandmother, Georgie Barnard, and grandfather, Kwas Barnard.

Her mom was a single working parent and her grandfather was a science and maths teacher at Union High School.

Elise knew from an early age that she’d been born in the wrong body.

“I was three or four years old when I pretended to be a bride,” she recalls. “I pulled the net my gran used to keep flies off the tea tray as a veil and picked a posy from the garden.”

Alarmed, her grandfather took her to the doctor “to make sure all my tools were in the right place”.

The doctor reassured him by telling him it was “just a phase”.

As a boy, Pierre had a tough time at school, constantly teased and bullied because he didn’t realise the fact he identified as a girl would be “better to hide”.

He withdrew from sporting activities and hid in the music room during break.

At home, Pierre openly experimented with women’s clothing, trying on his mother’s petticoat and his sister’s christening gown.

After school a young Pierre was en­listed in the army to do his compulsory national service and it was on a train bound for Pretoria that Pierre met and befriended a fellow conscript.

Pierre later met a friend of the conscript who told him about reassignment surgery being performed at the then HF Verwoerd Hospital in Pretoria.

A long assessment period involving psychologists and a social worker followed before the surgery was cleared.

Pierre couldn’t wait for the operation, excited at the thought of being a “real person” at last instead of a “strange apparition”.

The surgery took place in 1975 and she changed her name to Elise, taking the name from Beethoven’s composition Für Elise, which was a favourite of her mother’s.

Her mom was accepting of her but the Dutch Reformed Church, in which she was raised, had trouble acknowledging the gay community and gender-reassignment surgery.

However, one minister, Fanie Joubert, was a strong spiritual supporter of Elise’s journey and regularly visited her during the six weeks she spent in hospital.

“I was so afraid of desecrating my physical body, which was considered the house of the Lord,” she says.

“It really troubled me. But Fanie’s response to the surgery was to say, ‘Listen, my dear, you’re in good hands. The Lord has given the doctors the skills to help you. He wouldn’t have bestowed this knowledge on them if they weren’t meant to use it to help you’.”

Photographer and artist Robert Hamblin, who wrote a book, Robert, about his own journey as a transgender man, also helped Elise and is one of the people who encouraged her to write her autobiography.

“I hope my book can be used to benefit someone like me, or their parents,” she says.

“Certainly, the medical world has improved since then, although there’s a long waiting list for gender-reassignment surgery at hospitals. Some people spend on average 20 years on waiting lists if they don’t finance the surgery privately.”

As Elise van der Merwe, she began a career in banking in the late 1970s and for a long time she was in a relationship with a widower, Vaclav, who died in a car crash four days before they were due to marry.

A devastated Elise grieved for him for years and had no intention of marrying again.

“I was content with my own company. I was who I wanted to be,” she says.

Then, in 1992, she met Marinda Bishop in a bank in Stellenbosch where they both worked.

They were married in 2007, a year after same-sex marriages became legal in SA, but divorced three years ago.

They’re still on excellent terms, Elise says – Marinda lives in their former marital home and Elise is in the granny flat on the property.

“We get along really well,” says Elise, who still wears her wedding ring.

The Dutch Reformed Church refused to marry her and Marinda.

“They said local dominees still needed training,” Elise says. “I was so annoyed I immediately cancelled my monthly tithe. I never attended church again, but I haven’t lost my faith,” she says.

Prayer is what got her through Covid-19 a year ago, she says.

She was at death’s door and spent six weeks in hospital, followed by an extensive recovery period when she had to relearn to write and walk.

Elise says she has no regrets about anything in her life.

“I’m a plain Jane, not a drama queen. I don’t want a mansion, just a cosy home for a mother hen like me,” she says.