Home General News Here are the reasons why most women (and men) cheat even if... 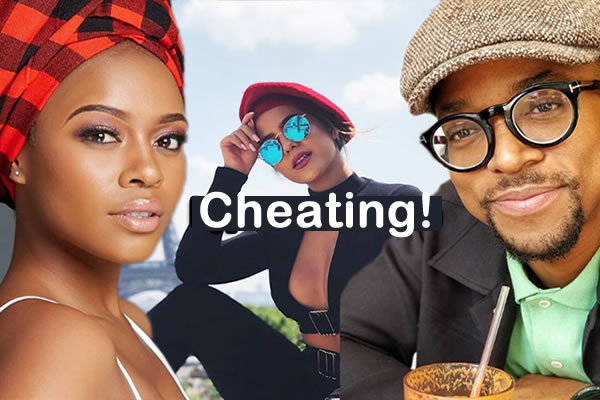 When you hear about a couple that’s involved in the awful mess that is infidelity, it’s pretty natural for your mind to draw conclusions. You automatically think. Check out the following according to cosmopolitan….

1 The person who chose to cheat is an immature asshole who is undeserving of their partner.

However, this isn’t always the case.

Weiss says that in all his years of counselling individuals and couples going through infidelity, he’s had countless clients report that they have great relationships. They respect their partner, still enjoy sex with their partner and still find them attractive.

So Why on earth are they cheating?
‘The only real issue is that they’re cheating and they can’t – or don’t – want to stop,’ Weiss says. According to Esther Perel, author of The State Of Affairs, there are three reasons why people who are happy and well-adjusted in their relationship might still cheat.

1. Self-exploration
‘People stray for a multitude of reasons, and every time I think I have heard them all, a new variation emerges,’ Perel explains. ‘But one theme comes up repeatedly: affairs as a form of self-discovery, a quest for a new (or a lost) identity.’

She explains that in cases such as these, infidelity is less likely the symptom of a problem. Rather, it’s ‘an expansive experience that involves growth, exploration and transformation’.

2. It feels risky, naughty and exciting
Weiss says that people often love the feeling of being a teenager and ‘sneaking around’ during an affair. ‘It’s exciting and forbidden and they get a kick out of breaking the rules. It’s like a five-year-old sneaking a cookie that his mother said he couldn’t have.’

3. People fear missed opportunities
‘Here, instead of transgression, it’s missed opportunities that draw cheaters in,’ Weiss says. Think of ‘the one that got away’, ‘the one that never was’, or ‘the life they could have had’. Weiss says often people feel stifled by the limitations of the relationship they’ve chosen, even if they’re happy in it. ‘They use extracurricular sex to see who they might have been if they’d opted for a different path. Again, this is a form of self-exploration, where infidelity introduces the individual to the stranger within.’

So, does it matter why someone cheats?
Weiss poses these questions: are there some reasons for cheating that are better than others? Does the answer to this question even matter? To the person who’s been betrayed, probably not. If you’ve been cheated on, the hurt is the same, regardless of the reason behind it. ‘From a therapy standpoint, however, the reasons a person cheats do matter,’ Weiss explains. ‘If a person is happy in his or her relationship and cheats as a way of exploring themselves, the approach to healing is very different than with a person who cheats as a (misguided) way of addressing personal pathology, unresolved childhood trauma, emotional immaturity, or problems within the relationship.