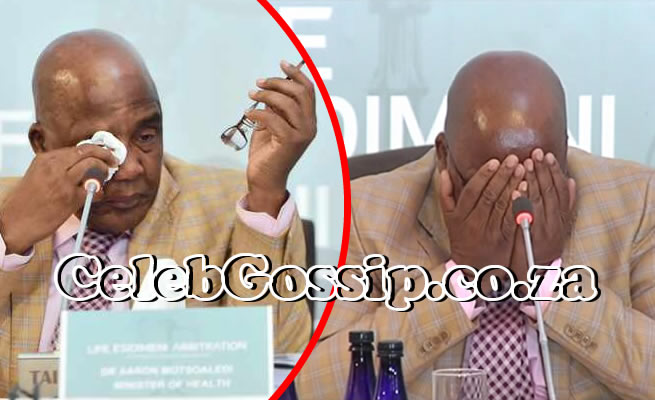 A tearful home affairs minister Aaron Motsoaledi, who is also a medical doctor by profession, yesterday recalled operating on an eight-year-old girl 20 years ago whose genitals were mutilated by her rapist.

“It took me three hours in theatre Her private parts were completely [mutilated]. I had to sit down, remember anatomy [to] reconstruct [her],” he said.

The gang rape of five women in West Village, Krugersdorp, is something the minister, as a father to daughters, “doesn’t wish [on] my worst enemy”.


“It’s heartbreaking. It tears you apart. I have daughters and I start asking myself how I will react if something like that happens to my daughter. When I talk about this, please forgive me,” said Motsoaledi on the sidelines of the ANC’s policy conference yesterday.

Motsoaledi, who broke down during the interview, said he had been in practice in Limpopo when the eight-year-old was brought in, and he was “emotionally finished” when he left the theatre.

“When I finished in theatre, I went to the casualty ward where I found the mother with a gentleman. She told me: ‘This is my brother. He is the one who raped my girl. Please, doctor, don’t report him. He is the one who is supporting us.’ It just finishes you. This [Krugersdorp incident] is not something we are going to fold our arms [over]. We need to take a harsh stance on issues like that.”

The gang rape of five women at a Krugersdorp mine dump on Thursday has sent shock waves across the country. A group filming a video, believed to be a tlof tlof video, were accosted by about 20 men, believed to be foreigners from Lesotho, who also robbed them.

Dozens of men have been arrested over contravention of the Immigration Act.

Asked if taking a harsh stance against foreigners would create the impression that SA was a xenophobic country, Motsoaledi said: “That’s the problem. Every country has immigration laws based on the security, sovereignty and safety of its citizens Why is it that when SA does that, the word xenophobia comes in?”

Motsoaledi said it was important for the policy conference to deal with migration matters as tensions between foreign nationals and South Africans continued.

“We developed a migration paper because we have acts passed by parliament on migration but there is no overarching policy from the ruling party,” he said.

“They must sit on the board and [have a] say on decisions we also need labour and the trade unions who are also affected by issues of migration.” Motsoaledi said civil society also had a role to play. We don’t want a situation where people react on the streets and we react [to] them. We want them to sit in the seat of power where decisions are taken,” he said, adding that this was among the proposals at the conference.

Asked whether the immigration crisis was a test of governance, Motsoaledi said: “It is true that certain laws are weak.”

He said that two weeks ago he brought to parliament the home affairs permitting review committee, which has reviewed all permits issued in SA from 2004. The committee, which consists of senior public servants, worked with seasoned investigators including some from the Zondo commission on state capture.

“They made this recommendation to review legislation because there are gaps people manoeuvre [through],” he said.