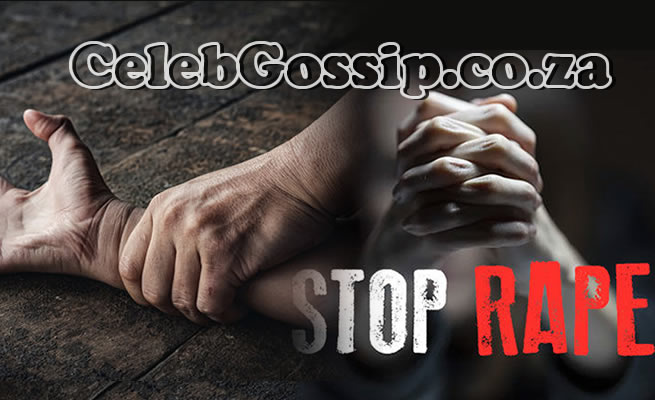 Nomboniso* (19) pleaded with her rapist to ask the others not to rape her, as she had just suffered a miscarriage.

She and her 21-year-old sister were among a group of eight models who were allegedly gang-raped during a music video shoot in Krugersdorp this week. They were shooting the video for a Nigerian musician. Four Nigerian men were with their group. While all the black and Indian women were raped, the rapists left the three white women in the group alone.

When the news crew visited some of the women at their homes in Alexandra, Johannesburg, pain was etched on their faces and they could not stop tears from rolling down their cheeks as they relived the nightmare.


Nomboniso, who said she had never slept with a man before, was reportedly raped by two men.

Nomboniso said: "We were excited when a local girl who runs a modelling agency told us about the photoshoot. The promise was that we’d be paid R300 each. We left on Thursday morning and arrived at Cowboy Farm in Krugersdorp, where we shot the first leg of the music video. It was decided that another scene would be shot at a mine."

“We went there and the place was beautiful. We even took pictures and everything was going just fine. Then, as we were about to shoot the last scene of the video, we were approached by three men,” she said.

The men started running towards them, while firing gunshots in the air.

Nomboniso said the attackers, who believed she owned one of the vehicles at the site, ordered her to open it. When she tried to, she could not do so and the men threatened to kill her.

“So I took one of the keys and opened a BMW, which belonged to a white lady. That was when the first man raped me. I started bleeding and when the second one came, he saw the blood, but raped me anyway. I asked him to tell the others not to rape me, as I had just lost my baby. I had no way out but to lie, because they were picking us up one by one. There were others who were raped by six to 10 men,” she said.

She said they were all forced inside the cars and she sat on top of her sister in order to protect her. However, that did not help, as her sister was also allegedly raped by two men.

Nomboniso's sister said: "They took me into a hole and started raping me. The two men who raped me had guns and threatened to kill me if I didn’t do as they said. I started bleeding and I think that helped me. It was a very traumatic experience, which lasted about four hours for all the girls. One girl was raped in front of us."

An 18-year-old girl who was on her period said she was raped by at least two men who did not use condoms.

“When the men came, I managed to hide in a nearby tree for about an hour. But I became scared and decided to rather follow everyone, as I didn’t know what was going to happen to me. One of the men saw me and pushed me towards the other girls. They started picking us one by one and taking us to the nearby forest, where they raped us. There were four more guys who picked me after I was raped by the first two, but they understood when I showed them my sanitary pad, even though others touched my private parts in order to be sure [that I was really menstruating],” she said.

She said she had accepted the job on the video shoot because she needed the R300 to buy food to take home.

The girls said that the group of assailants included elderly men who forced the younger boys who were with them to rape the victims as well.

They said that, after the men had satisfied themselves, they decided to let the captives go.

An 18-year-old said: "They said they’d fire a gunshot in the air and the drivers should drive away without looking back. We drove to the nearest police station before we were taken to Leratong Hospital."

‘RATHER RAPE ME INSTEAD’

Mpho*, whose modelling agency organised the group of eight girls from Alexandra to film rising star Malvern Martins’ music video at the deserted mine, said she had offered herself to the gang in return for the others’ safety.

Mpho says she was raped by three balaclava-clad men when she was trying to prevent them from raping the models she had booked to film the music video.

Mpho said: "Their parents trust me and every time I go out with them, they expect me to take care of their children. I was blaming myself, thinking that if it hadn’t been for me, these girls wouldn’t be there. I felt responsible and I wanted to take all the pain so that they wouldn’t touch the girls."

Even after pleading with the gang to spare the girls, Mpho said the men continued taking turns raping them in different places in the area.

The 45-year-old mother of Nomboniso and her sister could not control her tears. Wrapped in a blanket, she said she had been deeply shocked by what had happened.

Mother recalled: "The girls told me about the music video shoot two weeks ago and I didn’t have a problem with it because it wasn’t the first time they’d been called to do this kind of job. I also trusted the people they were with because I know them. On Thursday, I called them at 4pm to check how the shoot was going, but their phones weren’t answered."

She then called the six other girls from Alexandra, but all their phones were off. That was when she began to panic. It was only after 7pm that her daughters called their brother to say there had been a problem and they were in hospital.

When the mother arrived at the hospital, she found not only her daughters, but all the other models there as well – and they were hysterical.

“I was so hurt when I heard what happened to them. I did umemulo [a traditional coming-of-age ceremony] for my one daughter two months ago. I know the other one was also still a virgin, and for them to have their virginity stolen by men they didn’t even know is very hurtful,” she said.

City Press visited the scene of the gruesome crimes yesterday afternoon. There, the journalists found a purple scarf, socks, a white T-shirt, some make-up products, flowers and tissues.

According to Johan Burger, a former senior researcher in the crime and justice programme at the Institute for Security Studies, it was negligent of the police to leave behind any evidence.

Burger said: "I found it very strange that [this evidence hadn’t been collected] for a DNA examination. This being a contact crime, DNA evidence can sometimes be the only link between the victims and the perpetrator."

However, West Rand district commissioner Major General Fred Kekana ordered his officers to collect the remaining evidence yesterday, telling the media that this would not affect the case, as the police had already taken other evidence to the forensic laboratories.

Kekana said more than 80 suspects had been arrested in the area on charges ranging from illegal mining to illegal immigration, possession of explosives and firearms, and attempted murder.

Gauteng police said that two suspects had been fatally shot during an encounter with them on Friday.

One community member said the police had always known that the area where the gang rape had occurred had a high crime rate due to illegal miners (known as zama zamas) who at times fought among themselves, with the police or with security guards.

“They know that there’s a group calling themselves Marashia who walk around with pangas, sticks and guns, as well as AK-47 automatic rifles. It’s not a secret that the police have failed,” said the resident.