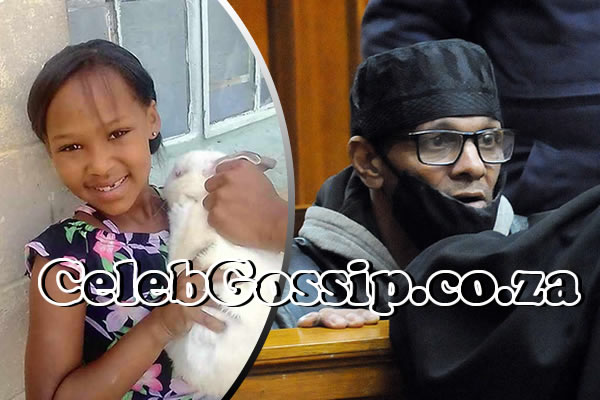 The video showing the eight-year-old’s tiny foot sticking out through weeds in a drain along the N1 highway near Worcester brought murder accused Mohydian Pangaker to tears.

Pangaker, 56, faces a total of 20 charges which include rape, murder, sexual assault, kidnapping and defeating the ends of justice dating back to 2016.


The Grade 3 pupil from Eurecon Primary School went missing on 7 February 2020 after she was snatched just metres from her home in Clare Street, Ravensmead.

Pangaker was arrested days later in Cradock in the Eastern Cape and while on his way to Cape Town, he told cops where to find Tazne’s body.

On Wednesday, Warrant Officer Allistair Claassen of the SAPS Investigative Psychology Unit took the stand and said Pangaker led cops to an area just outside of Worcester and officers searched the stormwater pipes.

“We got a definite smell at one drain and when Captain van der Heever used his torch, he found the body,” Claassen testified.

In a video clip taken at the scene, a blue sandal can be seen by the drain. Investigators shine a torch into the drain and suddenly behind weeds, the foot of a small girl comes into view.

In the dock, Pangaker’s head dropped and he wiped tears from his face.

Commenting on the crime scene photographs, Claassen explained that Tazne’s body was found on a piece of cardboard and a carpet and was infested with maggots.

He said investigators also looked for her missing left hand.

“A pathologist was called out and we noticed her left hand was missing. In our investigation, we looked for the hand but could not find it inside the pipe.

“We thought maybe due to the decomposition of the body it had fallen off. The next morning we brought in the K9 Unit to see if we could find anything but we could not find anything.”

Court proceedings will be held in camera for the next few days as Pangaker’s daughter takes the stand to testify about the incest charges.

It is alleged he raped her when she was a little girl and she gave birth to his child.