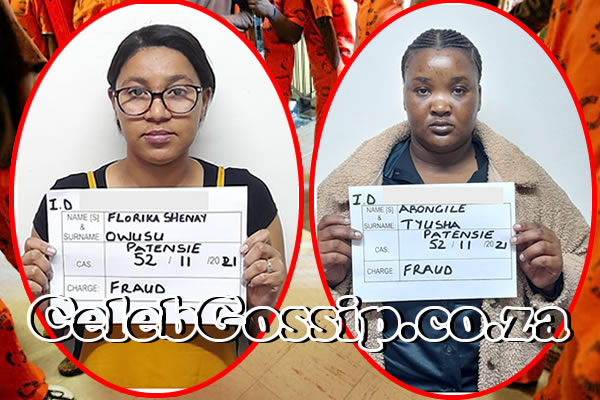 They were each released on bail of R1,000 by the Gqeberha commercial crimes court in the Eastern Cape.

The elaborate scheme saw Florika Owusu, 29, and Abongile Tyusha, 28, arrested in Hankey and East London, respectively, on Wednesday on charges of fraud, theft, money laundering and contravention of the Prevention of Organised Crime Act. They allegedly targeted Absa clients from across the province, first reactivating dormant accounts of deceased people, or those of Chinese and Taiwanese citizens whose passports had expired.


A dormant account is one that has had no financial activity for a period of time.

The two women then allegedly transferred funds from existing accounts into the once dormant accounts, set up debit cards, and then withdrew the cash from various ATMs.

The scheme was uncovered when clients started complaining to the bank about funds missing from their accounts. The bank then reported the matter to the Hawks.

Yesterday, their case was provisionally postponed to August 31 for them to obtain legal representation.

According to the charge sheet, both were initially employed at the Patensie Absa branch.

All Absa employees are issued with unique user cards and pin numbers to access the electronic banking system.

Each branch also has a unique code allowing Absa to monitor which employee accessed a specific account, of a specific client, at a specific branch in SA, making the official easily identifiable.

“The two accused devised an elaborate scheme and formed a common purpose to defraud or steal from Absa and its clients, and to launder the proceeds of their crimes,” the charge sheet reads.

“Both accused, being in the unique and trusted position as Absa bank employees, searched and identified 18 dormant client accounts with money, especially of foreign passport holders.”

In one case, on November 1 2013, Owusu even allegedly deleted the “notify me service” from foreign citizen Taixi Yin’s account so he would be unaware that a new debit card had been set up.