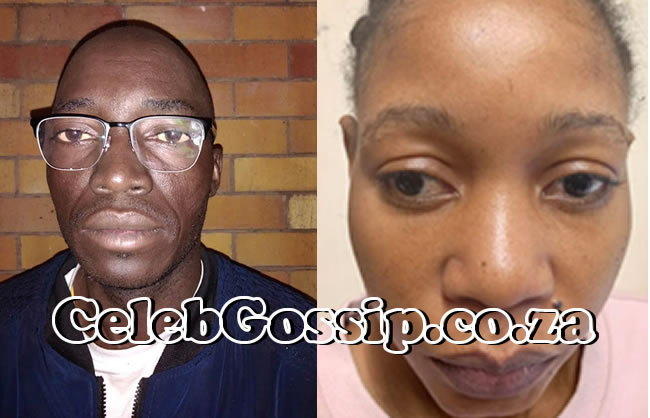 A Johannesburg woman wanted in connection with the theft of R36m siphoned from the estate of the late Zimbabwean businessman and socialite Obert Karombe was nabbed when she went to report a case of domestic violence.

Nomaphelo Sethi, 28, her Cameroonian boyfriend Rody Martial Nzeya, 43, and Thabiso Matenda appeared at the Makhado magistrate's court in Limpopo on Monday on charges of theft. They are believed to be part of a syndicate that targets estates of deceased people.

Police arrested Sethi and Nzeya on Friday last week in Booysens, Johannesburg, after Sethi went to make a complaint of assault against her partner. It is alleged that they fought over the R5.5m share they received from Matenda, a bank consultant who worked at FNB in Makhado.

Matenda is said to have been the mastermind who identified the millions in Karombe's account and hatched a plan to steal from it using a spoof bank account he had created and used to transfer money to various other accounts, including R3m donated to a church in Tzaneen.

The Hawks arrested Matenda in June after he resigned from his job when he was approached by his managers about possible fraud. He remained in custody after being denied bail by the Makhado magistrate's court two weeks ago.

Karombe died in a car crash in Zimbabwe on April 25 and Matenda is alleged to have stolen the money in a single transaction the following day, said a source close to the investigation. Online publications from Zimbabwe portray Karombe as a socialite who lived a flashy lifestyle and drove expensive cars, and was a regular visitor to SA.

Sethi appeared in court wearing black tracksuit pants and a black sweater while Nzeya wore a navy blue jacket. Sethi folded her arms and looked down during court proceedings on Monday. When offered an interpreter Sethi told the court that she can understand English.

Sethi owns two businesses in Johannesburg, including a clothing shop, while Nzeya is linked to a car dealership, also in Johannesburg. The pair lived in Primrose in Ekurhuleni.

Hawks spokesperson Capt Matimba Maluleke said: “The bank opened a case amid suspicion of fraudulent activities, which led to Matenda’s arrest in June. Matenda had allegedly connived with his accomplices to open a new bank account, linked it to Karombe’s account and started distributing all the money from the account.”

Trouble started when the distributor of the money wanted it back and the lovebirds allegedly wanted to keep a portion of it for themselves but disagreed on how to share the loot.

“The couple started to fight over the money when the sender requested it back. When the girlfriend went to the police in Johannesburg to open a case of assault against her boyfriend, the police discovered that the money they were fighting over was actually stolen and Limpopo Hawks were investigating the matter,” said Maluleke.

Police linked them to the theft through their bank accounts.

Sethi and Nyeya were arrested on charges of theft and then transported to Makhado on Saturday. They have been added to the charge sheet as accused two and three in the case.

On Monday the court postponed the formal bail application of Sethi and Nzeya to July 22. Matenda is expected to also be present as the first accused in the case when the pair plead for bail.