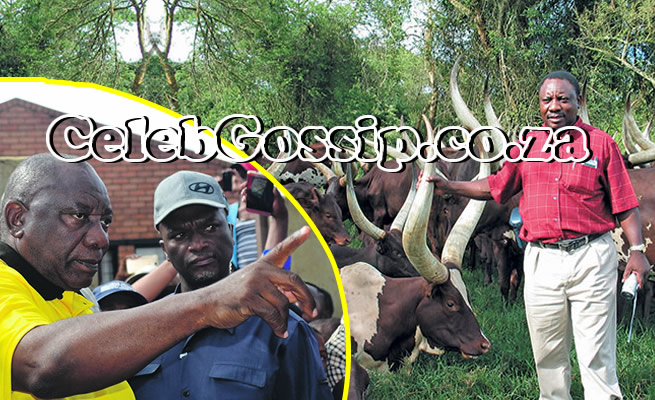 National police commissioner General Fannie Masemola allegedly authorised the use of a police helicopter and a communication interception device known as a grabber, and the spending of thousands of rands in the hunt for the suspects linked to the theft of millions of dollars in cash from President Cyril Ramaphosa’s farm in Limpopo.

These startling claims are contained in classified “security breach” reports within the SA Police Service (SAPS) crime intelligence unit. The use of state resources happened in spite of the fact that no theft case had been opened with the police at that point.

Several independent security cluster sources revealed this week that it was Masemola, during his tenure as deputy national commissioner responsible for policing, who authorised the operation, which involved task force police officers and civilians.


FORMER COMMISSIONER SITOLE WAS KEPT IN THE DARK

The officers who were tracking the alleged suspects, one of whom was finally located in Namibia, allegedly used the grabber and monitored the communication of Ramaphosa’s domestic worker, who was the alleged mastermind behind the theft.

The costly hunt for the suspects started on February 10 2020.

The grabber is a device normally fitted to the back of an unmarked police van and has on-board computers and an operator. It serves as a cellphone tower receiver. A police insider said the spying device tracks a phone’s location and those monitoring it have real-time access to the communication.

A security cluster source with access to the reports said: "Masemola was the one who gave the green light for the use of the police resources even though there was no registered criminal case. The costs for the operation, which included the use of the police air wing, the vehicles, accommodation as well as meals, were paid for by the police service."

The source added that the clandestine operation had been so secret that even then national police commissioner Khehla Sitole had not been informed about the incident and the police’s response.

“Sitole only learnt about the incident when it started to become hot gossip … when some of the involved started to reveal the details of how the police used a heavy-handed approach when they tortured the people who were responsible for the theft,” the source revealed.

According to the source, there was a crime intelligence investigation into the matter, which recommended that some of the officers implicated in the secret operation be charged. But those findings were allegedly shelved.

The source said: "I don’t know why the report was shelved. But I assume they were afraid that the disciplinary process would expose the involvement of senior officers and a sitting minister, which would cause embarrassment and cause diplomatic tension between South Africa and Namibia."

Police spokesperson Colonel Athlenda Mathe neither denied nor confirmed the involvement of Masemola in the sanctioning of the operation.

Mathe said: “The matter referred to remains under investigation by the DPCI [Directorate for Priority Crime Investigation – the Hawks] and the SAPS will therefore not comment on an ongoing investigation.”

Hawks head General Godfrey Lebeya said their investigation was ongoing and he would not be divulging the progress to the media.

Lebeya said: "Once we finalise the investigation, it will be handed to the National Prosecuting Authority [NPA] for a decision to be made. We are working hand in hand with the NPA in this investigation. I have been receiving briefs on a weekly basis on the progress made."

Ramaphosa this week made a rare reference to the Phala Phala scandal. He told the SA Communist Party (SACP) national congress that he was prepared to account, but only to the authorities who were investigating the matter.

He also played the victim card, blaming the forces who were against his renewal project for being behind the allegations against him.

The president’s conspiracy allegations also received backing from outgoing SACP secretary-general Blade Nzimande, who said the targeting of Ramaphosa was the work of “counter-revolutionaries”.

“There’s a former official of government [Arthur Fraser] who goes and lays charges at the police station against the president of the republic, to say that money was stolen from the farm of the president. The fact is that the president has said let the law enforcement agencies and other entities of the state investigate this matter,” said Nzimande.

“As the SACP, we must welcome that the president commits to a process of this nature instead of using his position as president to try to prevent these things from being thoroughly scrutinised.”

The allegations of police involvement in the search, torture and cover-up related to the alleged crimes first surfaced when former State Security Agency boss Fraser opened a criminal case against the president at the Rosebank Police Station on June 1.

In the affidavit, Fraser asked the police to investigate Ramaphosa, Presidential Protection Unit head Major General Wally Rhoode and members of crime intelligence for money laundering, contravening the Prevention of Organised Crime Act and corruption, in contravention of the Prevention and Combating of Corrupt Activities Act.

Fraser said: "I appreciate that it is no small matter to lay criminal charges against a sitting president, but I am guided by the dictates of the interests of justice and our Constitution. By virtue of my experience, my advice is regularly sought in relation to security and intelligence matters. Similarly, unsolicited information is also regularly brought to my attention by various people and entities."

According to his affidavit, which has photos and copies of passports, identity books and other documents, the “trespassing and housebreaking” happened on February 9 2020 at the main farmhouse at Phala Phala, a wildlife farm situated in Bela-Bela.

“Major General Rhoode immediately, illegally constituted a team, consisting of, inter alia, former SAPS members and serving members of SAPS’ crime intelligence unit, along with the local farmer, to investigate the matter at the instance of President Ramaphosa,” Fraser said.

Sources within the security cluster said it was this team that had access to the police helicopter and high-powered vehicles, as well as the use of the police’s phone monitoring device.

The affidavit read: "I was also informed of the following by a member of Major General Rhoode’s team. One of the domestic workers employed at Phala Phala discovered undisclosed sums of US dollars concealed in the furniture of the president’s residence on the farm. The domestic worker hails from an informal settlement in proximity to Phala Phala, known as Cyferskyl, which is predominantly occupied by Namibian citizens."

This week, Rhoode’s powers were trimmed after Masemola appointed the divisional commissioner protection security services, Lieutenant General Sam Shitlabane, to oversee the component: presidential protection service that has until recently been reporting directly to the national commissioner.

Police spokesperson Mathe said: "This comes as General Masemola is putting measures in place to strengthen and enhance governance and accountability, and is thus implementing this as an interim measure to ensure effective and efficient command and control, and also promote better coordination of functions within the organisation."

Rhoode did not want to comment when approached yesterday, saying he was a police officer and was not authorised to speak on the matter.

He referred all questions to the police spokesperson.