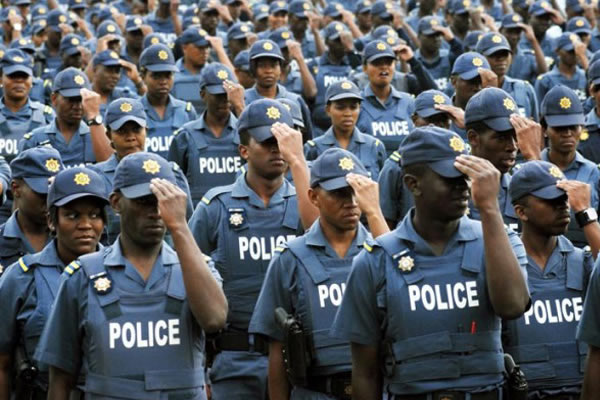 Two police trainees were removed from the All Saints Police Academy in the Eastern Cape after it was discovered, midway through the programme, that they had supposedly enjoyed sweet unprotected sex until they fell pregnant.

Police have launched an internal probe to understand how recruiters did not pick up the pregnancies before enrolling the young women.


One of the women has since given birth prematurely at seven months.

The second woman's pregnancy was reportedly discovered in May after she became sick on campus.

It is understood that pregnant women and people with health conditions are deemed physically unfit to undergo the intense police training regime.

Prior to the selection process, candidates are subjected to stringent medical and drug tests before they get to do fitness, psychometric and integrity tests.

The Police, Prisons and Civil Rights Union (Popcru) in the Eastern Cape is trying to persuade the police to turn the termination of the contracts into maternity leave, so that the women can return to the programme.

Popcru's provincial secretary, Xolani Prusente, said the union was against the termination of the trainees' contracts.

He said: "We have noted that the trainees' contracts have been suspended and they have been removed from the campus. We are of the view that this move is unfair. They were already doing their training and should be allowed to complete it, after maternity.

Prusente said: "The provincial office has since written back to us and informed us that it has escalated the matter to the national office to handle it because police academies are the functions of the head office. We are waiting the response."

He said it was only picked up that the one woman was seven months pregnant after she gave birth at Bhisho Hospital. She had been rushed to hospital by training instructors when she complained of severe abdominal pain.

"Instructors thought she was having menstrual pain and were shocked when her water broke on arrival at the hospital," said Prusente.

The woman gave birth to a healthy baby boy.

Prusente said the second trainee was four months pregnant when it was finally noticed.

Employees in the personnel section recruit the candidates and forward their names to the training and development section for training.