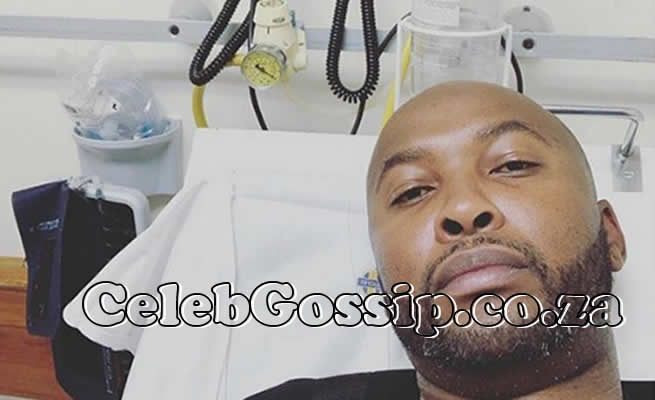 Medical negligence claims are threatening to collapse South Africa’s public health system with billions of rand in claims having been lodged against all nine provincial health departments.

Minister of Health Joe Phaahla last month revealed that medico-legal claims against the government amount to a whopping R21-billion over the past two financial years.

Sunday World revealed some of the country’s horror hospitals.


Eastern Cape, Limpopo, KwaZulu-natal and Mpumalanga are leading the charge when it comes to medical negligence cases.

The province’s health department has a contingent liability of R38-billion in medico-legal claims, which have been accumulated over the years.

The province began the current financial year with accruals and is expected to pay out billions in settlements after its attempt to litigate against paying the entire settlement amounts upfront failed.

The health department approached the high court to argue for paying its settlements in instalments, but the court ruled against that.

Eastern Cape department of health spokesperson Yonela Dekeda said the most litigated hospitals in the province are in the Mthatha region. They include Nelson Mandela Academic Hospital, Dora Nginza in Gqeberha and Butterworth Hospital.

The DA’S Eastern Cape health spokesperson, Jane Cowley, said this problem is the result of a shortage of ambulances and overcrowded maternity wards where obstetric deliveries are conducted.

She said most claims that are settled are worth millions because cases of gross negligence meant those children will be a burden to their families for the rest of their lives.

Dekeda said the health department is working closely with the office of Eastern Cape premier Oscar Mabuyane and the provincial treasury to implement an integrated strategy to contain the outflow of funds from the budget, strengthen case management and administration and prevent future claims.

She added that the forensic audit unit in the provincial treasury is also conducting forensic investigations into fraudulent claims, over-billing and trust fund irregularities.

Prince Mshiyeni Hospital in umlazi township, Addington Hospital in the ethekwini CBD and RK Khan Hospital in Chatsworth, southwest of ethekwini, are some of the hospitals with the highest reported cases of medical negligence.

The hefty bill for medico-legal claims that ran into billions resulted in the provincial department announcing that a panel of medical experts and lawyers would be constituted to determine which medical claims should be paid out and which ones should be challenged.

According to the department, the expert panel would have curtailed some law firms that are alleged to be using the woes of the department to rake in millions in litigation costs.

The medical claims amount to close to half of the department’s budget.

The province is facing claims totalling R4.1-billion flowing from 492 medico-legal claims in the past two financial years.

Neil Shikwambana, the department’s spokesperson in Limpopo, declined to reveal the most problematic hospitals in the province, arguing that the “lampooning of our facilities also has a potential of making them targets of law firms unnecessarily”.

“We believe that ranking the hospitals in terms of the number of cases peddles distortions in terms of the real facts about medico-legal cases in the province. For instance, a hospital can have more claims brought against it because at its doorstep there is a law firm that markets the services. On the other hand, you might find that at the top of the list there are mostly referral hospitals such as regional and tertiary hospital simply because they deal with more critical cases whose negative outcomes often lead to medico-legal issues, whether meritoriously or not.”

of R1.3-billion accumulated between 2020 and last year. The province also didn’t want to reveal which of its facilities were hotspots.

Nomawethu Sbukwana, the spokesperson for health MEC Nomafrench Mbombo, said the province had paid out R403.4-million, of which 99% were out-of-court settlements over the past five years, “thus saving on legal costs”.

The province has identified Pelonomi Tertiary Hospital, Manapo Regional Hospital and Bongani Regional Hospital as the facilities with the most cases of medical negligence. The provincial health department recorded 124 medical negligence cases in the past two years, with a price tag of R1.1-billion. It paid out R52.2-million over the past five years.

The department’s spokesperson, Mondli Mvambi, said most of the cases the department has investigated were attributed to systems failure rather than individual negligence

Mvambi added that the department has adopted a sixpoint litigation reduction strategy:

• Create awareness of the impact of unrealistic legal actions on the healthcare system through campaigns directed at the community;

The department is also prioritising the hiring of midwives.

Phaahla told parliament last week that in the 2020/21 financial year alone, the provincial department recorded 61 cases of medical negligence claims with potential cost of R325-million to the state. Phaahla further said in the 2021/21 financial year, the department also recorded 64 cases of civil claims with the potential cost of R379-million to the state.

According to North West department of health spokesperson Tebogo Lekgethwane, the top three leading hospitals in terms of litigation in the 2021/22 financial year are Tshepong and Klerksdorp Complex Hospital in Klerksdorp, followed by Potchefstroom Hospital, while Mahikeng Provincial Hospital occupies third position.

According to the national government, the country’s biggest public health system registered 187 cases between 2020 and 2022, with a potential cost to the fiscus of R1.9-billion. Gauteng health declined to comment.

However, according to the DA in the province, since January last year, the department has paid R228-million in 78 courtordered attachments of its bank accounts to pay for medical negligence.

According to the DA, Gauteng has since January 2021 paid out R228m

The country’s smallest province by population recorded 35 cases in the past two years with a potential liability of R857-million, Phaahla revealed. The province declined to comment.