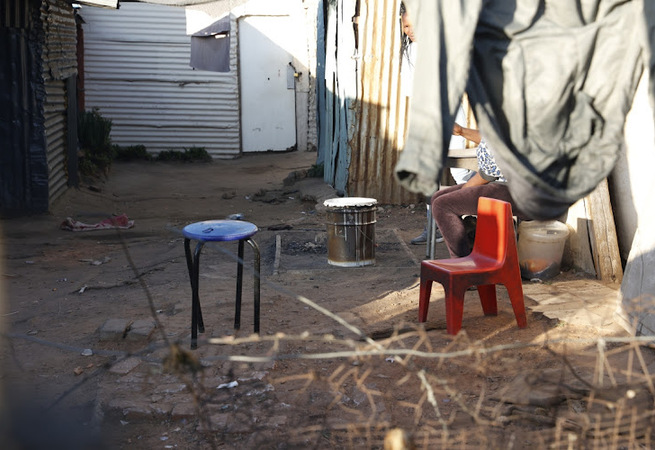 At least three people, including an 18-year-old pupil died when unknown men randomly shot at them while they were drinking near a tavern in Mathole informal settlement, near Roodepoort, on Saturday night.

The incident took place after 7pm about 50m away from a popular tavern known as KwaMashaba. The shooting happened just hours before 15 people were killed at Emazulwini Tavern in Orlando, Soweto, an incident that shocked the nation.

“It all happened so sudden. We were sitting around the fire as a group drinking alcohol when suddenly there were loud bangs and we knew those were gunshots,” said a witness.


“We all scattered in different directions. We couldn’t see where the gunshots were coming from, but we could hear that they were too close and so I took the two children that were near me and ran into my shack.”

The mother of two said she hid in the house for about five minutes, waiting for the shooting to end.

“Once the commotion settled and I heard familiar voices outside, I knew the shooters were gone. So I got out of the house and just outside my doorstep, Katlego was lying there with blood all over his body,” she said, without revealing the victim's surname. “He must have been trying to run, but he got shot.”

Another woman said they did not see any vehicle, which led them to believe that the assailants were on foot. “We realised after the noise settled that three other people who were also sitting around a fire in a yard opposite ours had also been shot. Two of them died on the spot and one was transported to hospital.

“We are still so traumatised. We don’t know who would do such a thing. We were even sitting with children, it was really ruthless.”

Among those killed in the second yard was Justin Nethomboni, a teenager who had gone to visit his friend.

His brother Ndivhuwo said the family received the news from the friend, who said Justin had been shot and was unresponsive. “I rushed to see what had happened and I found him lying in a pool of blood with his brains splattered,” Ndivhuwo said.

The boy’s uncle said he can’t think of anyone who would have wanted to hurt the boy as he was a likable person. “We are deeply hurt as a family. This boy had plans to study and he was our hope. We want some answers.”

Police said they are investigating three cases of murder and four of attempted murder. “The motive for the shooting is unknown at this stage and no-one has been arrested,” said provincial police spokesperson Col Dimakatso Sello.