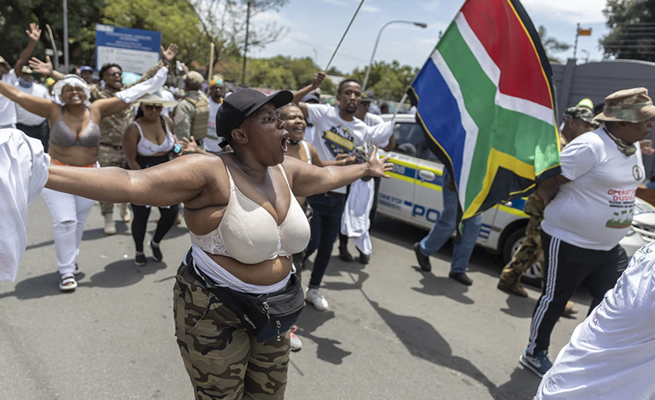 The Democratic Alliance (DA) in the Western Cape said it rejects the planned launch of Operation Dudula in Cape Town, which is expected to take place on Saturday, 14 May. The party encouraged residents of the province to do the same.

The launch of the anti-immigrant group’s Cape Town branch is expected to kick off at the CPUT District Six Campus in Zonnebloem – where most protests and marches in the city begin – on Saturday at 10:00.

The controversial group whose popularity has skyrocketed in recent months started in Gauteng before moving to KwaZulu-Natal. It is led by 36-year-old Nhlanhla ‘Lux’ Dlamini.

Jonathan Baju, the Operation Dudula Western Cape coordinator, told the Weekend Argus that the launch in Cape Town was motivated by a lack of employment for South Africans and increased drug abuse in townships.

“There are a lot of illegal immigrants here in Cape Town, in Khayelitsha, Nyanga, Philippi. You will realise that almost all South Africans are not working. Some of them look as if they are mad because of the drugs,” said Baju.

“Whilst everyone is indeed entitled to the right of peaceful assembly, this organisation forms part of the concerning trend of xenophobia and Afrophobia that is spreading across South Africa, he said.

Operation Dudula has been accused of xenophobia and Afrophobia.  In April, President Cyril Ramaphosa condemned the group’s actions and described it as a vigilante-type organisation.

“Our country is faced with immense turmoil: unemployment is on the rise, corruption is rife, law enforcement is mismanaged and basic service delivery is in tatters due to the inability of the National Government to fulfil its mandates.

"The blame for these challenges should not be placed on the shoulders of immigrants who come to the Western Cape to seek a better life for themselves,” said Mackenzie.

The DA spokesperson went further and took a shot at the ANC. He said, “Foreign nationals are not the problem, the ANC is.”

“The number of our operational deployments is not disclosed to the media. During any police operation, a sufficient number of officers are utilized to achieve the objective,” said Captain FC van Wyk.

I want to make it clear that City of Cape Town law enforcement will not accept this kind of thing in our city.

Cape Town is a city for all of its diverse residents. We will stand strongly against any xenophobic vigilantism and criminality. https://t.co/h7a5Grufnv