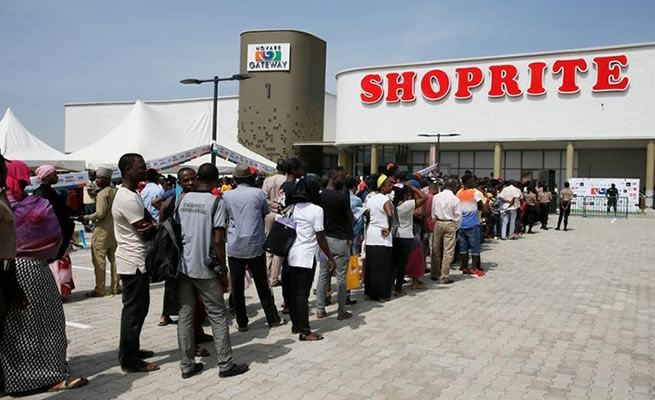 Covid-19 social relief of distress grant beneficiaries can now withdraw their payments at any Shoprite, Checkers, Usave and selected OK Foods supermarket from this month.

President Cyril Ramaphosa announced during the State of the Nations Address that the government will extend the R350 grants for unemployed adults for a year, ending in March 2023. Finance Minister Enoch Godongwana, in his budget speech, also announced the allocation of R44 billion to continue the services.

The Shoprite Group’s efforts to widen the grant’s accessibility come as welcome relief for the over 10 million unemployed South Africans.

“The grants are available at its 1286 supermarkets across South Africa. This will also enable customers to receive their grant, buy essential groceries and pay their bills in a single location,” the group said.

To collect their grant in any of the listed retail chains and supermarkets, beneficiaries will need to provide their IDs and cell phone numbers. To prevent fraud, the cell phone number provided has to be the one that they registered on the SASSA database as a confirmation OTP will be sent.

Meanwhile, deputy chairperson of the Finance and Fiscal Commission and former National Treasury official, Michael Sachs, in a PSG Think Big Series webinar on Tuesday warned that the continued extension of the social relief grant would make it impossible for the government to withdraw the services.

“Each year it is extended, it’s more difficult to withdraw it because people change their behaviour and become more and more dependent on it,” he said.

Sachs says that inflationary pressure and unemployment have increased the levels of dependency on the grant.

“We all have to accept that it’s going to be impossible to withdraw what has already been offered. This offer was made in the context of a national emergency in the Covid-19 crisis where millions of people were thrown into unemployment,” he added.

Sachs said that the social grants are a “done deal” now and that rather than fixating on whether we should have the grants or not. He says that the conversations should be centred around “how the social grants should be designed and the parameters that define them”. – Work in  South Africa