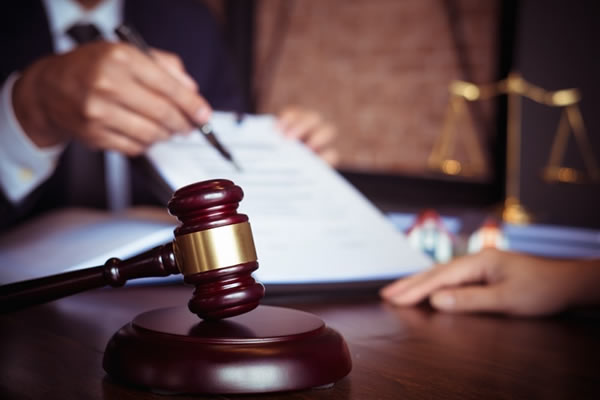 On Monday, the Labour Court in Johannesburg delivered its first judgment on when a Covid vaccination policy for employees who work in South Africa will be lawful.

In December 2021, a company called Ernest Lowe sent a letter to its employees which said that the company would implement a Covid vaccination policy from January 2022.

One employee, Johetta van Rensburg, told the company she was not willing to get vaccinated. She said that she was willing to provide a weekly test to show she did not have Covid but would only do this if the company agreed to pay for the weekly tests. The company refused.

The company told Van Rensburg that she would not be allowed onto the premises without a negative test every week or proof of vaccination. She would also not be paid for the time she was not allowed on the premises because the “no-work-no-pay” principle would apply. The company also told her that disciplinary steps may be taken.

Van Rensburg approached her trade union, Solidarity, who wrote a letter to the company. Solidarity said, among other things, that requiring her to be vaccinated or to provide a negative Covid test every week was unlawful and breached her employment contract.

The company’s lawyers disagreed. They told Solidarity that the company had a duty under the Occupational Health and Safety Act to take all reasonable steps to provide a safe and healthy working environment for its employees and to protect customers who come onto its premises. Many customers would not do business with the company if employees were not vaccinated. The vaccination policy was necessary to ensure the company could properly operate and would not have to retrench, their lawyers said.

In January 2022, Van Rensburg arrived at the company’s premises without a negative Covid test and without proof of vaccination. She was told to immediately leave the premises.

After she was turned away, she consulted a doctor who gave her a “Covid-19 vaccination exemption form”. The form recommended she not be vaccinated because she suffered from cardiac arrhythmia. [We have confirmed that this is very unlikely to be a valid medical reason to be exempt from having a Covid vaccination. – Editor]

Solidarity’s lawyers then wrote to the company again and said that she should be given an exemption from the vaccination policy because of her illness. The company’s lawyers told Solidarity that Van Rensburg had to provide them with specialist cardiologist report before they would consider her request. Their lawyers also repeated that the policy was not unlawful.

Solidarity then started urgent proceedings in the Labour Court to declare the vaccination policy unlawful.

Solidarity argued that the vaccination policy was unlawful because it violated Van Rensburg’s employment contract. This was because there was no clause in her contract which required her to be vaccinated or to provide weekly negative tests. This meant the company unilaterally changed her terms and conditions of employment by imposing a mandatory vaccination policy.

Solidarity also argued the company failed to comply with the Occupational Health and Safety Act and directions issued by the Minister of Labour. This was because the company did not conduct a risk assessment, did not consult its employees on the vaccination policy, and failed to take steps to respect the constitutional rights of employees who chose not to get vaccinated.

The company argued the vaccination policy was not mandatory. This was because any employee who refused to vaccinate was not prevented from coming to work. Unvaccinated employees were still allowed to come onto the premises, but only when they can produce a negative Covid-19 test.

The company also said it did not violate Van Rensburg’s employment contract and that it had held extensive consultations with employees on the vaccination policy. Read the judgment here

Not a breach of contract

Judge Makhura said that the Occupational Health and Safety Act requires every employer to take reasonable steps to provide a safe and healthy working environment for its employees and non-employees, such as customers and suppliers.

Justice Makhura said that the Occupational Health and Safety directions issued by the Minister of Labour permit employers to make a mandatory vaccination policy when certain requirements were met. However, in this case, it was not clear whether the company had imposed a vaccination mandatory policy and whether those requirements applied.

The Labour Court said the company made it clear in December 2021 that it would not force employees to be vaccinated. The policy simply said employees who refused to get vaccinated must provide a weekly test to the company which showed they do not have Covid. The vaccination policy did not say that unvaccinated employees would never be allowed onto the company’s premises, the court said.

Solidarity also did not argue that testing was not a “necessary or reasonably practicable measure to mitigate against the risk of Covid” or that requiring a negative test was unlawful.

“The closest they have come to complaining about the testing in these proceedings is in relation to the expense of the weekly PCR test, which they say “can be regarded as an unjustified hardship.”

Acting Judge Makhura said that because the vaccination policy was not mandatory, it was unnecessary to determine whether the company had complied with its duties under the directions to conduct a risk assessment or consult trade unions and employees on the policy.

The Labour Court dismissed the case and ordered each party to pay their own legal costs. Work In South Africa