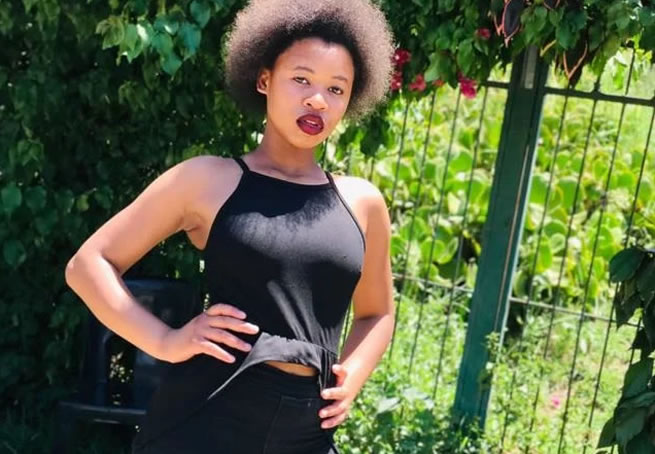 Liyema is a proud virgin – and she plans on keeping it that way!

Liyema Lando (20) from Tsazo in Ngcobo, Eastern Cape revealed she hopes to get married at the age of 27 and that is when she will give up her virginity.

“I have a boyfriend, but I have told him that there will be no sex until he pays lobola and that will happen when I’m 27 years old,” she said.

“He loves me and he has agreed to wait. There’s nothing more important and joyful than keeping my virginity until marriage.”

Liyema, who is a second-year BSc chemistry student at Walter Sisulu University, said there are challenges to being a virgin at her age especially with the kind of lifestyle young people are adopting at the moment.

She is participating at the Amakhosazana ase Walter Sisulu University, which is a society that empowers young women to stay virgins until they graduate and also groom them to build sisterhood among themselves and to be independent.

“Being part of it minimises the rate of unplanned pregnancy and abortions.

“We are embracing the values instilled in us by our parents of not engaging in sexual activities before marriage and to celebrate our roots and traditions,” she said.

“I told my parents that I was still a virgin and taking virginity testing. They are grateful and thanked me. This is the road I have chosen to take.”

She said her friends and other girls asked her how she managed to keep virginity until now.

“Some even regret that they gave up their virginity at an early age,” she said.

Liyema’s mother Nomahlubi Lando (39) said that she admires and supports her daughter.

“My daughter has turned out to be even greater than I imagined her to be,” she said.

Nomahlubi said her daughter was proud of herself and proud of her virginity. Liyema’s 27-year-old boyfriend said: “I see her as an African queen. Dating a virgin needs a strong man who is loving and caring.”

He said he loves her and respects her body.

He said he will wait until the right time comes and do things in right way by marrying her.