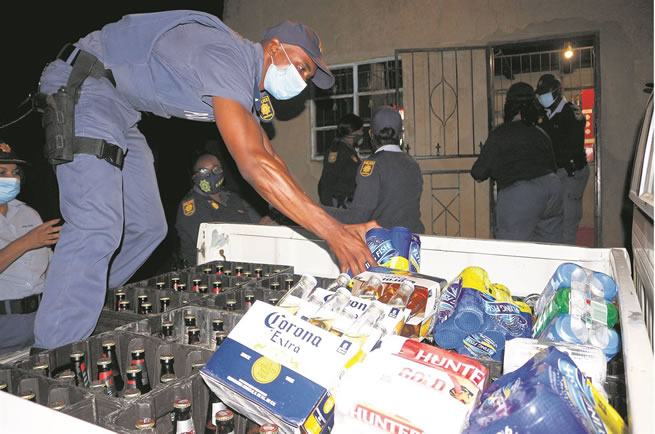 A booze bust by Elandslaagte SAPS on New Year’s eve turned nasty when police came under attack by enraged members of the local community, who forcibly resisted the police seizure of the alcohol.

The police operation was focused on illegal liquor outlets and included stop and search tactics.

The SAPS went to the Lusitania area in Elandslaagte and raided a trading store. During the raid, a large amount of liquor was found.


While officers were attempting to confiscate the liquor, locals gathered outside the store and blocked the exit door with a silver Toyota Corolla.

The community members insulted and threatened the police.

“The group threatened the police and said that they would not leave the store, nor would the liquor.”
SAPS officers

Ladysmith SAPS were called in, as the group threats had become increasingly dangerous.

Some people in the crowd had brought petrol, which they said they would use to set vehicles alight.

Rocks were also packed across the exit from the store to try and keep the police and confiscated liquor from leaving.

uThukela Brigadier Francis Bantham and another unit rushed out to assist the officers who were under attack.

The police immediately took charge of the scene and the crowd fled the scene. While police loaded up over R30 000 worth of liquor, angry locals kept up their verbal assault on the heavily-armed police officers.

The 36-year-old owner was arrested and will be charged with selling liquor without a license. He will be appearing in the Ladysmith Magistrate’s court on these charges.