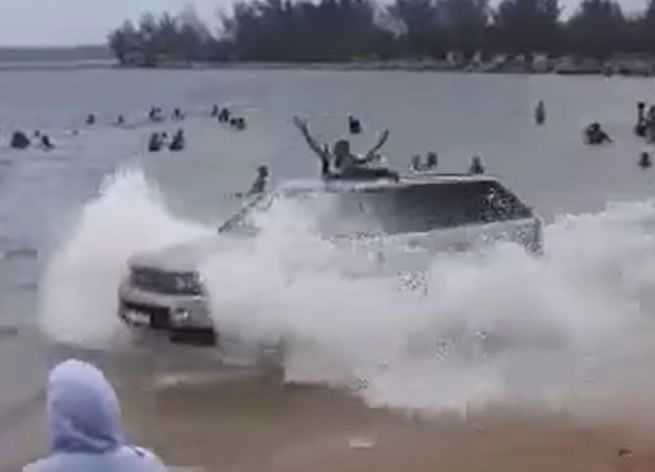 The uMhlathuze traffic department is searching for a driver who drove wildly through throngs of leisure seekers in the water at Naval Island at Richards Bay in northern KwaZulu-Natal on Saturday.

A trending social media video shows a Range Rover car driving along the shore of Naval Island. Two of the passengers had their heads out through the sunroof. They drove in the water where there was a number of people swimming.

Another video shows the car stuck in the water with five people standing next to it. One walks out of the water.

“He also posed danger to people who were at the river. The police are looking for him and will make an example out of him to show that breaking the law was unacceptable,” said Ncalane.

He said the car was towed out of the river later on Saturday. Ncalane said it would be easy to find the driver since the trending videos showed the car registration number.