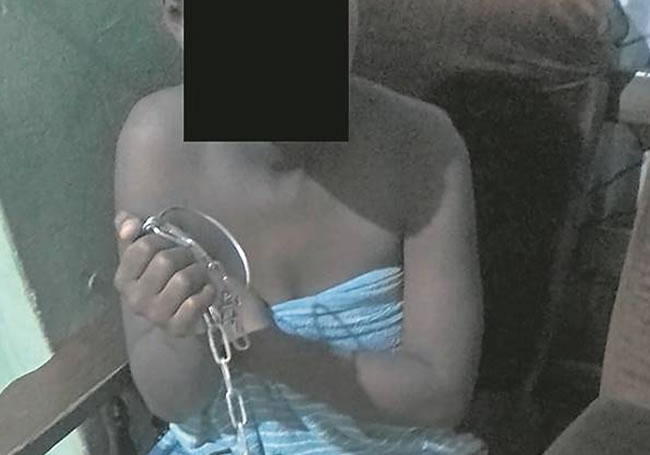 While many people celebrated the festive season with families, a teenage girl had to escape captivity.

After years of enduring abuse allegedly at the hands of her aunt, the 16-year-old from Ogengele Village in Mtubatuba, northern KZN, managed to escape on Wednesday, 22 December. She fled from the rondavel where she was allegedly chained to an old unstable pole and locked up. She said she would move the chain up and down every day until it broke.

She said the chaining started when she was four years old after her mum died.

A neighbour (68), who is also a distant relative, said she came to ask for food around 10pm.

“She said she had not eaten in five days. It was cold and raining, and she was not wearing any shoes or warm clothes.”

In a video the neighbours made after she escaped, she said her aunt didn’t give her food.

“She tells me to do housework and then locks me in a rondavel without food until the next morning,” she said about the aunt who is now on the run.

KZN social development spokesman Mhlaba Memela said it was heartbreaking to see adults abusing kids. “Those who violate the rights of children should face the law.”

He said the child was placed in a child and youth care centre and the department would open a case against everyone involved.