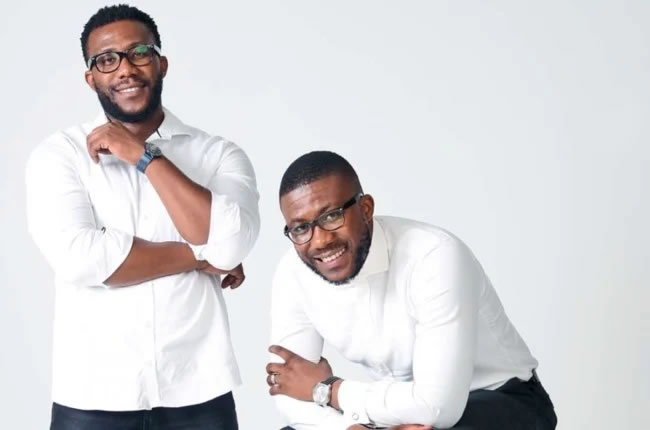 He was just 23 years old when he learned he'd contracted HIV from a previous relationship.

When this twin was diagnosed back then in 2008, the stigma surround HIV made people believe it was a death sentence.

But Thula Mkhize, with the support of his twin brother, Ntokozo, decided nothing would stop him from living his life to the fullest, chasing his dreams, building a family and raising his kids.

After learning about his diagnosis, the brothers put their heads together to figure out how to change the thinking around being infected.

That's how their non-profit organisation, Good Stories, was born. It is a platform for spreading stories of South Africans living successfully with HIV.

“The stigma is not what it used to be back in the day, mostly because of the advancements in the management of HIV and the availability of ARVs," says Thula, reflecting on the journey.

"This doesn’t mean the stigma has been eradicated, there’s still a lot of disgrace associated with HIV, but the drivers of the stigma have changed and the people have also changed. Some people, and I mean, some people no longer want to be shackled by the virus, they don’t want people’s views to drive or limit how they live their lives – you can see this by the sheer number of people that are activists nowadays.”

The 36-year-old brothers say their work in changing perceptions about HIV has been fulfilling.

“The journey has been amazing thus far – the people we’ve met, the lives we’ve been able to touch and change have not only allowed us to use those lessons to help even more people, but has also changed who we are. There are so many lessons we’ve taken, applied in our personal lives and that has changed us for the better. Every experience has been unique, because you’re dealing with an individual with a unique personality, background, experiences and personal challenges that no other might understand,” they share.

Despite the ongoing awareness and education around the disease, there has been a worrying increase of infections, especially among teenagers.

The brothers believe the reason for this is not lack of education about the disease, but lack of responsible behaviour among teenagers.

"More sex education, more open and honest conversations about life and that happens when you start engaging in sexual activities too soon.”

Covid-19 and lockdown has impacted their work somewhat in the past couple of years.

“We couldn’t host our monthly face-to-face sessions, and we couldn’t travel to where people need us. We only relied on assisting the people that reached out to us through our WhatsApp line and DMs – that also kind of diminished as people were more focused on surviving all that Covid-19 brought in their direction,” Thula says.

There was also a growing focus on Covid-19, more so than on HIV/Aids, observes Ntokozo.

“That period changed a lot of people, changed focus, changed ideas of what is important to all of us. It also weirdly revealed that HIV/AIDS isn’t a focus anymore," he says.

"It was World Aids Day just the other day. Did you see anything about HIV/Aids? I work in the space and it was mute. Companies used to tick the box of 'World Aids events'.

"Most didn’t even bother this year. I think it's time we change as an organisation – change our focus and how we do things – stop and evaluate our impact.”

Despite living with HIV, one of the important things for Thula was to have a family. He and his wife, Lindo, have three children.

“That’s the most important part of my life," he says. "It’s a blessing I don’t take for granted. My beautiful family is [a testimony] to the fact that a good, healthy, fruitful life is possible with HIV.

"I had a vision in 2009 of what a life with HIV would be like in the future. Then I packaged it as the Good Stories campaign and, years later, I’m living that life – a person successfully living with HIV, blessed with a HIV negative spouse and HIV negative children.”