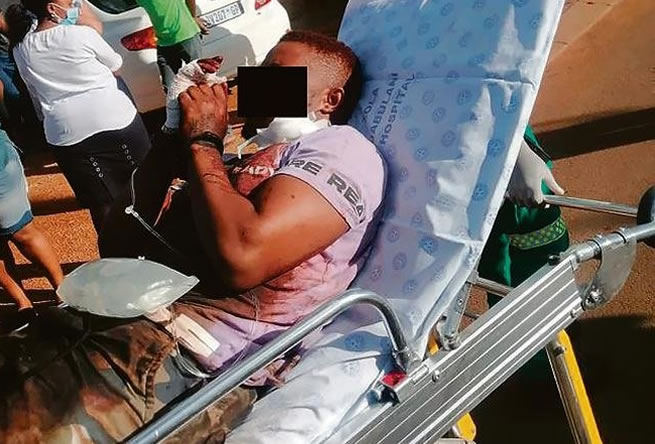 Almost a week after body parts were found in a man’s freezer in Soweto, some residents still can’t believe that he’s been accused of murdering his wife.

Flavio Hlabangwane’s neighbours thought it was a case of mistaken identity when the 26-year-old from Protea Glen made headlines after human remains were found in his rented room on Saturday.

People in his neighbourhood described him as a peace-loving bookworm who didn’t have friends and was always in the company of his mother, Grace Hlabangwane.

They said that they were shocked when they heard what had happened. Hlabangwane was married to his cousin, Tshepang Tsipe, and it is suspected that the human remains in his home were hers.

He was a decent child who I was very proud of. Seeing him growing up and achieving seven distinctions, I thought he was an inspiration to other kids.

Hlabangwane briefly appeared in the Protea Magistrates’ Court on Monday, where he was charged with murder. The case was postponed to November 22.

He was arrested after his new girlfriend allegedly discovered body parts in the deep freeze in his rented room.

Muridili said the body parts would be sent to forensics for identification.

The neighbours said that Hlabangwane and Tsipe had been living together, and that they had heard that she was missing. They said:

We couldn’t have imagined that he would be the one linked to her murder. He is humble and well mannered.

“We found it quite strange that he married his cousin. I suspect that he might have done this because her [late] mother’s money was due since she and her twin sister were beneficiaries. The mother – Flavio’s aunt – was a nurse and worked in London for many years.”

Hlabangwane attempted to commit suicide by stabbing himself multiple times after he was apprehended by community members.

“I could see that the situation for the two sisters, while they were living here, was horrible as they frequently complained of being ill-treated by their aunt, to the extent that Tsipe’s sister chose to live with her former high school teacher.

Nevertheless, we are shocked that Flavio is capable of such a horrible thing.”

Celebgossip understands that members of Tsipe’s paternal family approached the police to ascertain if the remains were indeed hers.