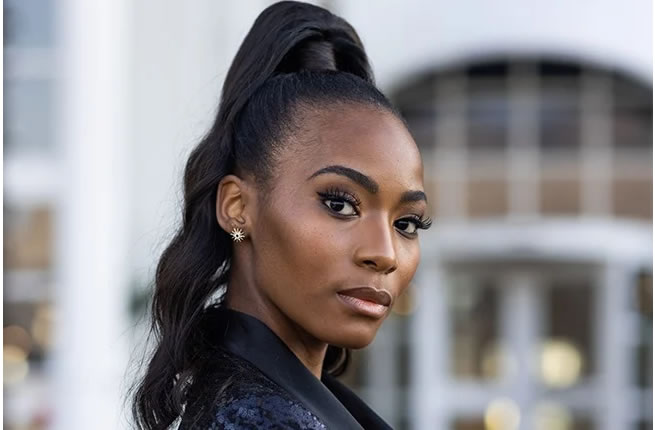 The government has withdrawn its support after it was unable to convince organisers to pull out of the Miss Universe pageant because of the state's treatment of Palestinians.

The South African government said that it would not endorse reigning Miss South Africa Lalela Mswane should she participate in the upcoming Miss Universe pageant expected to take place in Israel in December.

In a first for democratic South Africa, the government has withdrawn its support after it was unable to convince organisers to pull out of the international competition because of the state's treatment of Palestinians.

The Arts and Culture Department said that should Mswane compete on the global stage, it would be without the backing of the government.

Spokesperson Masechaba Khumalo said: "If anything, by withdrawing, Miss South Africa’s reputation and overall standing will be far more advanced in South Africa and internationally in comparison to a once-off event. Our preference was to try and find each other and this has regrettably been unsuccessful hence the decision by government to distance itself."

The South African government is one of several countries that has described Israel as an apartheid state and as a result, the department said that it could not in good conscience associate itself with the pageant.

The Palestine Solidarity Alliance's Noor Ahmed said: "We're hoping that not just the Miss South Africa organisation but Lalela herself will heed these calls and withdraw from the competition and not go to Israel to represent South Africa there. In order to keep the pressure up, we will be holding various actions throughout the course of the next few weeks."

The South African Jewish Board of Deputies' Karen Milner said that Minister Nathi Mthethwa and his department have failed to show leadership.

Milner said: "It is a great shame that the Minister of Sports, Arts and Culture, who was silent in the face of the suffering of South Africans under COVID, has found his voice over Miss South Africa's participation in a beauty contest. He has aligned himself with a tiny minority of voices with a very narrow political agenda over the voices of the majority of South Africans who want this woman to have the opportunity to pursue her hopes and dreams."