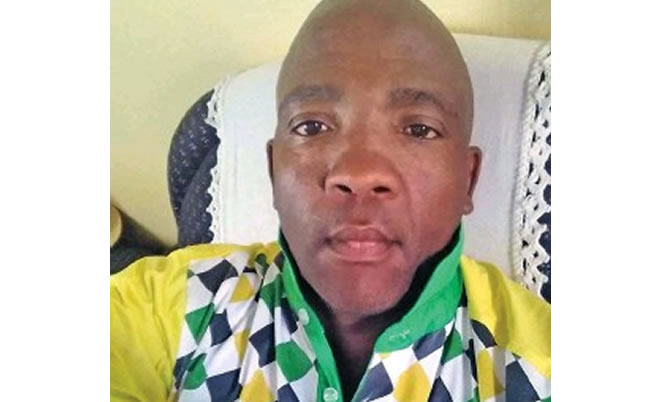 The mother of a man allegedly killed by recently elected ANC councillor Mxolisi Masiza of ward 11 at Emalahleni local municipality in Dordrecht, Eastern Cape, has lashed out at the party for embracing a person charged with his son’s murder.

Masiza is to be sworn into office on Tuesday. Sunday World reported two weeks ago that Masiza was charged for the murder of Bonginkosi Msebenzi.

Msebenzi’s mother, Vuyiswa Msebenzi, said there was no truth or justice in South Africa.

“We are hurt and saddened by everything that is happening around this case, as it is clear that my son’s life did not matter at all. My son was not a saint, but he didn’t deserve to die like that.

“What is painful is that my son was dragged and stoned to death and the site of the incident still traumatises me, and I cannot forget about how I found him lying there, motionless, with horrible injuries. I put him on my chest and cried while trying to wake him up, but he was already dead,” she said.

She further revealed that the community was divided over the issue of Masiza because there were many questions being asked about how the murder suspect could be celebrated.

“I didn’t vote because I had no idea whom I was going to vote for. I was not going to vote for the person who is accused of killing my son because I would have spat on his grave. I only feel better after praying as I have given this matter to God. I didn’t give Him a deadline, but I know in His perfect time He will fight for me.”

Masiza was arrested in July for the murder of Bonginkosi.

He still stood as ANC councillor candidate despite the party’s step-aside rule for members charged with serious crimes.

The councillor-elect also has a pending arson and attempted murder charge laid against him and his brother Anele Masiza, after they allegedly tried to set a house on fire with a person inside.

ANC provincial secretary Lulama Ngcukayitobi said he was following up on the matter.

“We are awaiting the region to submit a comprehensive report on how a person accused of such serious crimes can be a candidate of the African National Congress.

“I am not exactly sure when the swearing-in of councillors will be taking place. We are busy looking at the mayoral candidates for the province at the moment,” said Ngcukayitobi.