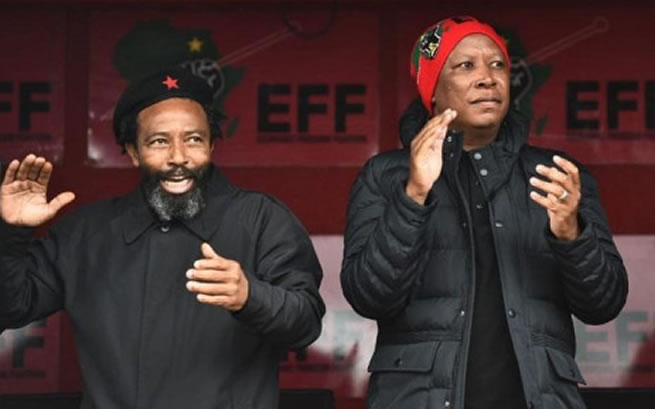 AbaThembu King Buyelekhaya Dalindeybo will be rolling around his kingdom in a new set of wheels, thanks to Economic Freedom Fighters (EFF).

King Dalindyebo was a distinguished guest at a rally held by the EFF in Mandela Park, Mthatha on Sunday as part of its campaign for the local government elections.

While addressing supporters, the king encouraged them to vote EFF as he would be doing so.

He also told them that leader Julius Malema had said he would gift him a brand new ML (presumably Mercedes Benz) SUV.

[In Pictures]: CIC @Julius_S_Malema accompanied by the EFF Head of Political Education and the CCT Deployee in the Eastern Cape, Commissar Dr @MbuyiseniNdlozi visited King Buyelekhaya Dalindyebo, as the President kick starts his campaign trail in the Eastern Cape today. #VoteEFF pic.twitter.com/qYyLQnyoka

This isn't the first time the king has publicly announced his support for an opposition party.

In 2013, he officially joined the Democratic Alliance under the leadership of Helen Zille. At the time, he had spoken out against then-President Jacob Zuma, saying he and his community had been in the "frying pan" of the Zuma regime for too long.