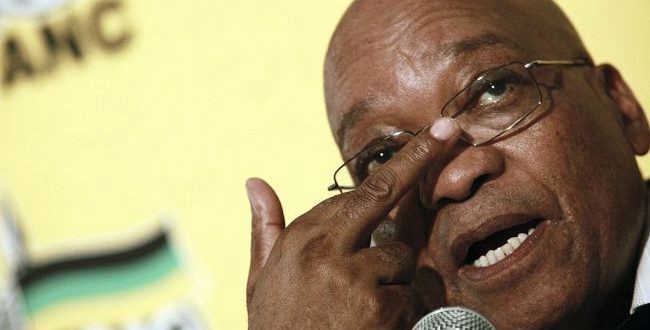 Former president Jacob Zuma, who is on medical parole, has been holding closed-door meetings with a select few of his allies at the Sibaya Casino and Entertainment Kingdom in Durban.

Details of what was discussed on Friday in a private boardroom at the hotel, between Zuma and a group of more than 10 people in a meeting that lasted for about five hours, were unclear.

Among those present were some of Zuma’s most vocal supporters, former umkhonto we Sizwe Military Veterans Association spokesperson Carl Niehaus, who travelled in an e-hailing app vehicle, and former SAA chairperson Dudu Myeni.


Zuma’s daughter, Duduzile Zumasambudla, who has been called out for her perceived instigation of violence during the looting and unrest in July, was also there.

The former president was expected to be present at a mass prayer meeting held for him at the Moses Mabhida Stadium on Thursday, but instead made his address via video in which he urged supporters to vote ANC in the elections.

Zuma, 79, had reportedly been ill since his incarceration in July. He was found to be in contempt of a court order compelling him to appear before the Commission of Inquiry into State Capture, in which he was expected to answer allegations made against him.

On July 7 he handed himself over to authorities at the eleventh hour of his deadline to do so, and began serving his 15-month jail sentence at the Estcourt Correctional Services.

Less than two months into his sentence, a lot of which he spent in hospital, Zuma was released on medical parole.

In a conversation overheard between Zuma, who left the boardroom to use the toilet, and Niehaus, who had not yet joined the meeting, Niehaus asked how he was doing.

“I’m good, as always,” Zuma responded with a smile, and went back to the boardroom.

A further eight people who were not part of the first meeting, including Niehaus, were seated outside the boardroom for about an hour before they went in. During the marathon meeting, the guests were served cooldrinks, tea and water. They also had lunch.

The Sunday Tribune approached Myeni, who came out of the meeting briefly to use the toilet, to find out what the meeting was about, to which she replied: “It is none of your business.”

Myeni said she did not owe an explanation to anyone.

“Go and ask the spokesperson of the (Jacob Zuma) foundation,” she said before returning to the meeting.

Mzwanele Manyi, spokesperson for The Jacob Zuma Foundation, said what was discussed in the meeting was “not in the public’s interest”.

He said Zuma had every right to be where he wanted to be: “As long as he is within the province, he has not violated any medical parole rule.”

When asked if the former president was fit enough to attend lengthy meetings, Manyi did not respond.

According to a reliable source who is known to the Sunday Tribune, Zuma has made several visits to the Sibaya Casino following his release. The source said he had seen him more than once.

Responding to questions about Zuma’s parole conditions, Singabakho Nxumalo, spokesperson for the Department of Correctional Services, yesterday said Zuma made a request to leave his residence to be in another town.

“This was approved by his monitoring official. We can confirm that permission was granted. This is in line with his parole conditions,” said Nxumalo.

Zuma’s release on medical parole had created controversy, and was being challenged in court by the Helen Suzman Foundation, the DA and the Afriforum.