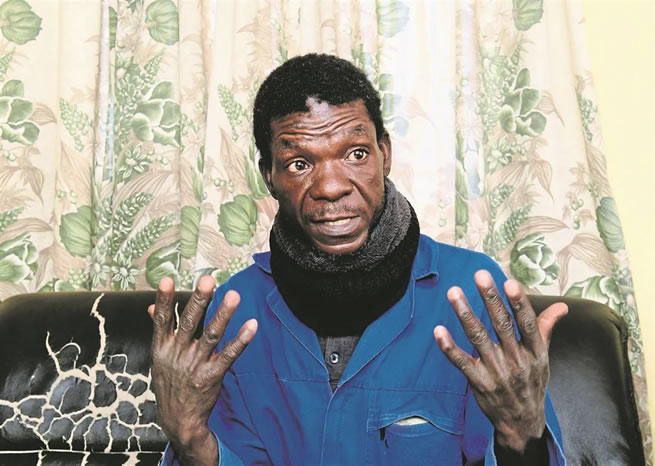 He moved in with his girlfriend four years ago and they lived in her house in Olievenhoutbosch.

He then used his pension money to build five back rooms, so they could have an extra income and the rooms were finished in January.

But the couple's happiness was short-lived when Simon Phaladi's girlfriend, Hazel Mangena (45) kicked him out.

And now the 47-year-old from Vosloorus, Ekurhuleni feels she used him.

The devastated rabaki, who worked at a steel company in Kempton Park, said he’s not even getting a cent from the five rooms he built.

“I contributed my pension money thinking I was building something for us, but I am now homeless and broke,” he said.

Simon said he got about R50 000 after he was retrenched four years ago.

“I took part of the money and put it towards the rooms, thinking I was doing it for our future. But that woman had other plans and I was not even part of them,” he told Daily Sun.

He said his girlfriend worked as a helper when they met.

“She was struggling at the time and I guess she fell in love with me to treat me as her cash cow.

“She used me and spit me out like a chappies. I will not rest until I get what is mine. I want my share,” he said.

“She’s taking my share and giving it to her 19-year-old daughter.

“I rent a room in Vosloorus and I can’t even afford rent as I am unemployed. I am lucky the room owner is a relative” he said.

The girlfriend Hazel said Simon must pay for poking her.

“Maybe he should pay for using me as he was having sex with me,” she said.

Hazel said Simon lived in her house for free and she did not make him pay rent.

“Whatever he did was voluntarily. Nobody put a gun to his head.

“He can go to the Small Claims Court. I have a mouth to speak for myself and I will explain my reasons,” she said.

“As far as know, we didn’t sign any contract. And who must look after my child?”