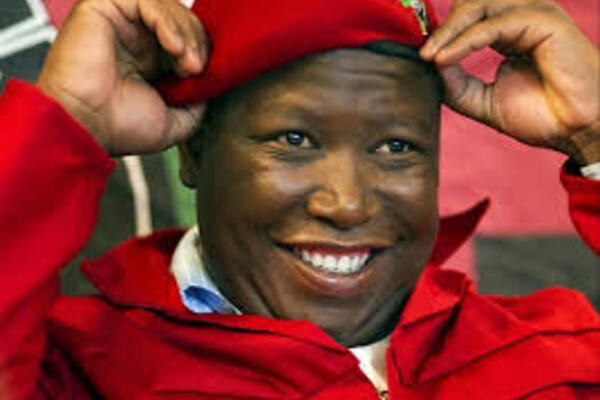 EFF leader Julius Malema has vowed to build RDP houses in affluent suburbs in the north of Johannesburg should the party take over after the November 1 local government elections.

Malema, speaking at the party's 2021 election manifesto launch on Sunday, said the EFF was identifying a “piece of land” in Sandton on which to build RDP Houses.

He said building the houses would promote integrated human settlements, saying the rich and poor must live together.

“The EFF is going to identify a piece of land in Sandton and we are going to build RDP houses. We must not have places of the rich and places of the poor. We must bring you together because you belong together.

He said EFF-run municipalities would also implement a “property wealth tax” on all those who resided in suburban areas to subsidise basic services for the poor.

Malema said former EFF chairperson Dali Mpofu would be the first “victim” of the wealth tax.

“Dali Mpofu is going to be the first victim of the property wealth tax because he lives in Houghton. He must pay for a poor person in a township and in the village,” he said.

This is not the first time Malema has vowed to build houses for the poor.

Earlier this month, during a campaign rally held in Gauteng, he urged people to register to vote if they want better houses instead of “matchboxes” without electricity.

“You stay in a shack. You applied for a house since 1994 but you continue to vote for the ANC. Are you well in the head?” Malema asked.

“Our people must have houses, not matchbox houses. Our people’s homes must even have passages. They must have inside bathrooms and not be like you are on a special trip when you are going to the toilet.”

He said when you give a “poor person a house, you are restoring the dignity of that person”.

In August, to commemorate Women's Day, Malema handed over homes to grannies in Polokwane, Limpopo.

He vowed the EFF would provide “spacious” houses to all citizens.

“When we say our people must have quality houses, we are speaking of women dignity, as many households are women-headed,” he said at the time.

“The EFF government will provide such quality, spacious houses to all the people.”