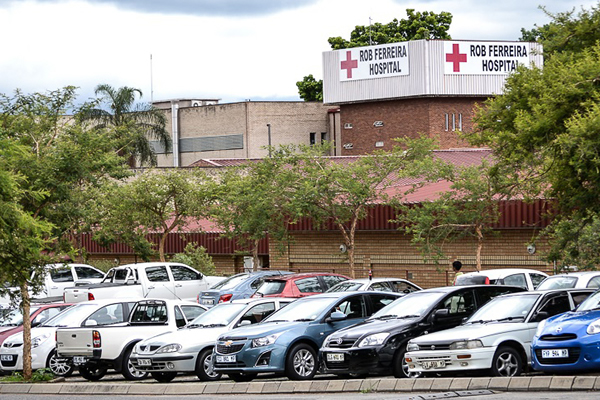 Two Mpumalanga women have laid charges of corruption against a Rob Ferreira Hospital manager they accuse of using them in a sex-for-jobs scandal.

The women, who asked not to be named, alleged that the manager at the Mbombela hospital had consensual sex with both of them with a promise for jobs.

They claimed the manager, who is responsible for employing general workers at the hospital, told them that if they had sex with him “like other women”, he would employ them.

“We applied for the jobs of general workers. I went to an interview at the hospital which ended late and he (manager) offered me a lift home. While we were on the road he suggested that I have sex with him to get the job. We went to his house and that’s when we had sex,” said one of the women.

However, she did not get the job and the manager said she would get it when new posts were advertised. In the meantime, he continued soliciting sex. The woman said the man told her that the other women were employed after agreeing to sex first.

“He said if we keep our legs closed, we will not get jobs. He said women from other places like Ngodini keep their legs open, and that’s why they get employed. This [sleeping with him] continued until we realised that there were no jobs coming and we reported him to the department last year. [But] the department said we had a private, consensual relationship with him and they didn’t care,” she said.

The women said their ordeals started in 2011 and continued until late last year. The manager refused to comment when Sowetan approached him yesterday.

However, Maimane, yesterday, urged the department to charge the man. He said section 3 of the Prevention and Combating of Corrupt Activities Act makes it criminal for individuals to exchange a favour for jobs. He said this was an abuse of power.

“We know this is happening all over the country and this is one example we want to say ‘no’ [to]. We want this monster to be arrested. Here we sit on what we call a feminisation of poverty where poverty has a face and gender, and that gender is female. I have learned with horror what happened to these women,” Maimane said.

The women said they could not even remember how many times they had slept with the manager since 2011. The provincial department of health confirmed it did not charge the official because the women consented to sex.

“Despite the outcomes of the investigation which cleared the official, the department would like to stress that any form of harassment against anyone, especially women, is not condoned.”

Police spokesman Brigadier Leonard Hlathi confirmed the cases were opened and that a senior official was investigating.