Home General News Husband and wife of 10 years compete to cheat on each other,... 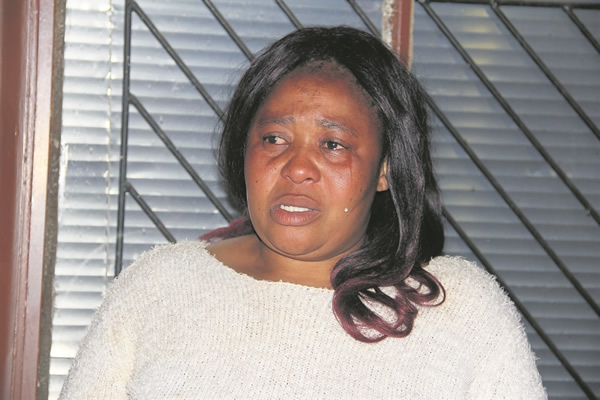 Nomasonto Malindi (35) claims that her husband of 10 years hasn’t stopped abusing her even though they have separated.

The woman from Protea Glen, Soweto said her husband moved in with his side-chick down the street.

“He was good to me until I fell pregnant with our first child. I thought it was an isolated incident but ever since he’s been beating me,” she said.

Three months ago she found out he was having an affair with a woman who lives four houses away.

“He didn’t deny the affair but hit me so hard my arm was broken. I opened a case and he was arrested and released soon afterwards. He then hit me again, telling me I should leave the house. I have nowhere to go with our two kids. I’m unemployed. I want justice,” said Nomasonto.

Husband Mzamase Malindi denied hitting his wife and said he moved out because of years of emotional abuse. He also said his wife was also cheating on him and had even more lovers than him.

“I never hit her. I looked after her and started a meat business and tavern for her but she failed to make a profit and look after our family. She loves hanging around with friends, drinking. She’s had many affairs.”

He said he was never arrested because police didn’t find any evidence.

Police spokesman Sergeant Vincent Mashiteng confirmed a case of assault was opened and said he would look into the docket.