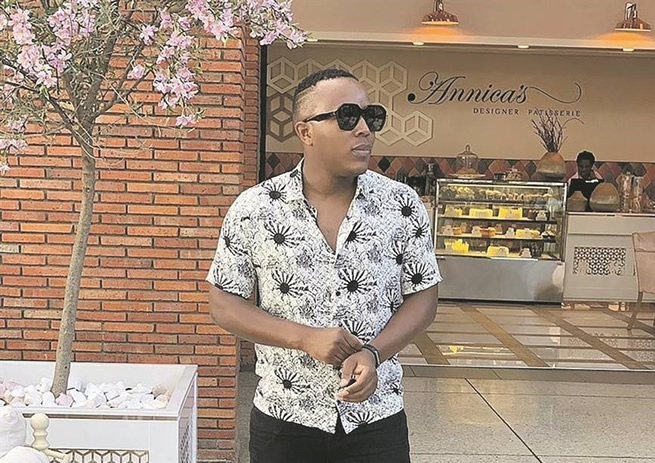 Assets amounting to more than R42 million linked to flamboyant businessperson Hamilton Ndlovu have been frozen by the Special Tribunal.

Ndlovu and alleged front companies linked to him scored a contract worth R172 742 175 from the National Health Laboratory Service (NHLS) for the procurement of personal protective equipment last year.

Transactions emanating from the contract, which City Press exclusively revealed details of last month, formed part of an investigation that was carried out by the Special Investigating Unit (SIU) and the NHLS, which implicated officials from the state entity.

The NHLS is the largest diagnostic pathology service in the country. Its responsibility is to support the national and provincial health departments in the delivery of healthcare.

Ndlovu (33) was given until Friday to respond to the order, which was granted on August 31 in favour of the SIU and NHLS.

Special Tribunal spokesperson Selby Makgotho said Ndlovu had not opposed the order by the set deadline.

If Ndlovu decides to oppose now, Makgotho said he would have to make an application to court for the late filing of papers.

“The Special Tribunal applies judicial discretion in such circumstances, however, the evidence must be compelling,” Makgotho said.

Ndlovu had not responded to questions by the time of going to print.

The SIU and the NHLS were expected to file papers relating to part two of the application to review and set aside the NHLS contract, because it was allegedly irregular. Although the order was granted in favour of the SIU and the NHLS last month, details about it emerged this week.

Makgotho said only assets amounting to R42.8 million were frozen because that was the amount that could be proven when the SIU and the NHLS lodged papers seeking a preservation order last month.

Makgotho also said that the assets were linked to financial activities alleged to be a result of unlawful activity.

Makgotho said Ndlovu was unaware that there was an order against him until it was served to him. He said this was because the parties needed to be served first before such details could be made public.

“This is the norm in civil litigations, as informing respondents while a matter is under way poses a legal risk that funds could disappear.

“So we came out in the open after getting confirmation that they had been served, and signed the papers as served by the Sheriff,” said Makgotho, adding that the order would preserve about R10 million in a trust fund in addition to assets and properties linked to Ndlovu. This means that he can neither sell nor lease the affected properties.

NHLS spokesperson Mzi Gcukumana referred questions to the SIU, whose spokesperson, Kaizer Kganyago, said their affidavit was accessible at the tribunal.

Makgotho said in the founding affidavit that the SIU and the NHLS filed that they set out a case stating that a contract amounting to R172 million was awarded to Ndlovu and that they were able to prove on record that R42.8 million had been paid.

READ: Everything you need to know about Hamilton Ndlovu's cars that caught Hawks' attention

“It has been traced to Ndlovu. They indicated as applicants that their investigation was still ongoing and it might happen that, as and when investigations unfold, new evidence comes to light and that figure might increase,” he said.

Should the traceable figure increase, Makgotho said, the SIU and the NHLS could amend their court papers, supplement the current evidence and apply for a variation of the order.

He said every transaction emanating from the contract needed to be proved as being irregular.

“In the absence of proof, there is no case. In [the case of the R42 million], they are able to prove on record that the payment was irregular, unlawful and a result of the process of crime, hence it is being interdicted.

“The bank has been served with a notice and is in possession of the order.”

He said it was within the rules of natural justice to hear Ndlovu’s side of the story.
That’s the reason he was given 10 days to file a notice of intention to defend. He has not filed it yet, [but] he is aware. He has been served.

What about the assets?

The SIU and the NHLS are cited as the first and second applicants, respectively.

In the order, Modiba said the matter was dealt with on an urgent basis following the application enrolled for hearing on August 31.

Modiba said Ndlovu, Zaisan Kaihatsu, and Bugatti Security Services and Projects were prohibited from “dealing in any matter with the assets, money and/or properties” pending the final determination of review proceedings to be instituted by the SIU and the NHLS within 30 court days of the date of the order. The prohibition includes transferring the property, encumbering the property with a mortgage bond, allowing rights of retention to be established over the property and selling or leasing the property.

The listed assets are in Morningside and Bryanston, both in Johannesburg.

Makgotho said at the end of this month the SIU and the NHLS would appear before the tribunal as part of review proceedings to set aside the whole contract, as it was allegedly awarded to Ndlovu in an irregular, unprocedural and unlawful manner.

He said respondents were served with the order to ensure that they would not unblock transactions.

Before taking such action, Makgotho said, respondents will have to notify the SIU and the NHLS within 48 hours about their intentions.

Kganyago said the SIU was yet to file a review application.

“The SIU investigated corruption allegations and the circumstances in which eight companies directly and indirectly linked to Ndlovu obtained contracts worth a total of R172 million from the NHLS.

“The properties and money are preserved pending a review application that will be brought by the SIU and the NHLS to set aside the procurement transactions and to require Ndlovu and the recipients of the funds to repay the money,” he said.

Responding to questions relating to Cassim’s involvement in the matter, Mothle Jooma Sabdia Inc said Cassim was appointed as the curator bonis of Ndlovu’s assets and his related entities pursuant to a preservation order that was granted on September 10 last year in the Pretoria High Court and confirmed on March 1 this year.

This was the first preservation order granted in favour of Sars against Ndlovu, amounting to R60 million.

“Accordingly, our client’s mandate is to ensure that there are sufficient assets available for the satisfaction of Ndlovu and his entities’ tax liability as assessed by Sars,” the law firm said.

It said the SIU had indicated in its papers when it sought the order that no relief was sought against Cassim or Sars.

“They are cited for their interest in the matter following an order obtained by Sars preserving certain assets deriving from the payments made by the NHLS to companies controlled by Ndlovu to satisfy tax debts,” the law firm said.