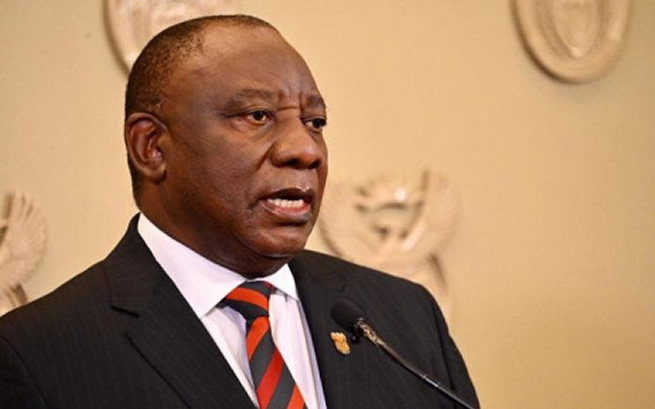 President Cyril Ramaphosa is expected to announce relief for the hospitality trade by further easing some lockdown measures.

Yesterday the presidency would not say when he would make any announcement but those in the business said it could even be today.

Stakeholders in the trade met Deputy President David Mabuza this week and said Ramaphosa could make an announcement later today.

Insiders said Ramaphosa would likely move the country to adjusted level 2 of the Covid-19 restrictions.

This would allow for the shortening of the curfew, an increase in the number of people in gatherings and fewer restrictions on the sale of alcohol.

Ramaphosa is also expected to outline how the country is ex- pected to achieve population immunity through its national vaccination programme.

A source who was part of the president’s co-ordinating council meeting on Tuesday told the Sunday Times that the government proposed to use vaccination records to allow fully vaccinated people access to activities and amenities.

Other proposals include relaxing restrictions on the sale of alcohol for off-site consumption and a return to normal operating hours for the alcohol trade.

Sources said the government was also set to increase the number of people allowed at outdoor venues from 100 to 250, and from 50 to 100 for indoor venues.

The curfew is expected to be pushed back to between 11pm and 4am, according to the source.

Siphiwe Mathebula, a pastor at the Hope Restoration Ministries in Kempton Park, was one of 40 religious representatives who met Mabuza on Thursday.

He said organisations at the meeting were told that Ramaphosa was going to speak today on the Covid-19 regulations.

“The truth is that if the president does not ease restrictions for the church, we are not going to take that kindly,” said Mathebula.

“We have taken a decision and even told the deputy president … that we have been asking for the past 18 months that he should give us 50% capacity.

“If they do not do that, we are just going to do it ourselves. We are not going to ask for their permission any more.”

Mathebula said religious leaders told Mabuza that they had

complied with the restrictions since March last year.

“We told him that we do not understand that the taxis, malls, aeroplanes are operating at full capacity for hours and we just want an hour on a Sunday.

“We have been told that [Ramaphosa] is going to relax the restriction on Sunday to allow 200 people.”

The CEO of the Black Business Council, Kganki Matabane, said the sector would be guided by science.

“The numbers have gone significantly down, so we support a less stricter level so that we can open the economy.”

He declined to say what the government was proposing but that the delegation raised concerns over initiation schools and campaigns for local government elections.

“We are in rural areas, elections are going to happen … there needs to be a way of dealing with political parties or candidates who want to do certain things in our spaces,” said Mkiva.

An acting spokesperson for the presidency, Tyrone Seale, would not be drawn on what Ramaphosa would say when he next made an announcement.

Lucky Ntimane of the Liquor Traders Association of SA said he expected Ramaphosa to relax restrictions on the sale of alcohol, particularly an easing on the hours of trade, and a relaxation of the curfew.

“We feel these can’t be justified any longer, given the drop in reported cases and the uptake of vaccine as a measure to fight Covid-19 by our members.”