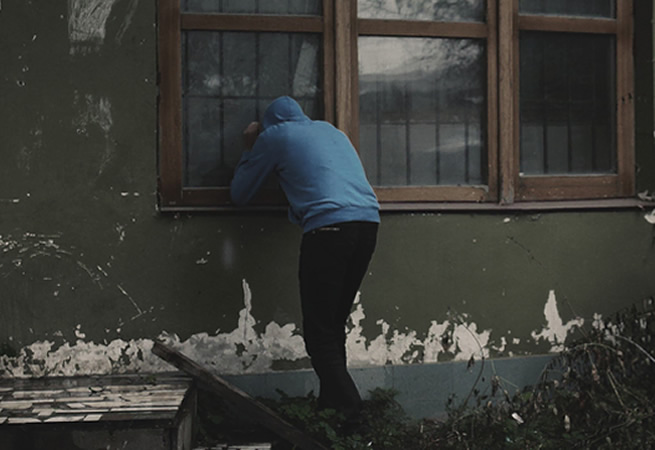 A young mom says she’s been left traumatised after catching a man taking videos of her while taking a bath.

The woman fears that there may be images of her floating around the internet.

The victim, 24, says she was taking a bath when she noticed a cellphone camera peeking through the roof.

After her bath, she alerted friends of what happened.

“I was getting ready to go to the clinic with my friend and went to the bathroom outside,” she explains.

“When I was done, I covered myself with a towel and as I was getting my keys from the nail near the door, I saw the camera on top of the wall.

“The toilet and bathroom are separated by a ceiling board and wooden planks.

“After I saw the camera I just shouted: ‘Is anyone there?’ No one answered.”

She then remembered that a man, who also stays in the yard, was on leave that day.

“I called him and he confirmed he was in the toilet.

“I got dressed and called my friend and her husband.

“They confronted him and after denying that he was taking videos of me, he finally gave up his phone and there were about six video clips of me taking a bath.”

The shocked woman says it may not have been the first time he did this.

“I have heard camera shutter sounds before and I thought maybe someone was on WhatsApp.

“A woman who lives here said that she has seen him peeping through the wall and that time there was a hole which we suspect he made.”

Angry residents apparently stripped the man naked and moered him.

He escaped by running over people’s homes and landed at the Where the Rainbow Meet Training and Development Centre.

Centre Staff member Nuraan Harris says the kaalgat man was given something to cover himself with while they waited for the police.

“When I got to the organisation I saw him sitting on the ground, he seemed to have been injured from the jump,” she says.

SAPS’ FC van Wyk says cops are investigating a case of crimen injuria with no arrests yet.

The woman says she never thought she would fall victim to gender-based violence (GBV).

“I stand against GBV and today, I am a victim to someone I took as a brother.

“I feel naked all the time, like everyone has seen my body.

“I can’t even go to the outside toilet anymore. He has ruined my confidence,” she says.