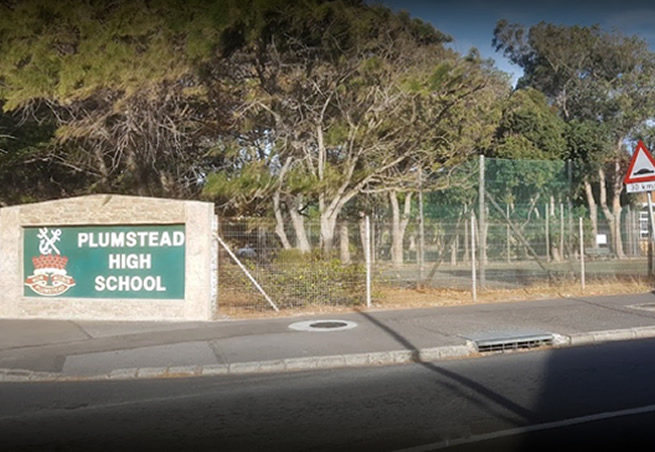 An investigation is under way after high school pupils were caught on camera performing sexual acts on the school grounds.

A parent, who asked not to be named, says he got a skrik when his son came home on Thursday showing him the video.

In the clip, which is 16 seconds long, the girl is seen sitting with her legs across the boy, with the boy’s hand under her school skirt.

As he masturbates her, she moans while pupils can be seen playing on the ground.

“My son came home and showed me the video,” the dad says.

He explained it was being circulated on WhatsApp and TikTok among the pupils.

The angry father says he questioned his son and was told a second video was made and is being sold.

“There is another video and my son says they give you the first one then want you to pay for the second one.

“He didn’t ask how much because he did not buy it.

“I want to know where the teachers and monitors are because this was not even done skelmpies, it was done in the open for everyone to see.”

The video has seen TikTok users mocking the duo.

One user wrote: “Couldn’t they have used the school bathrooms, Joh of all places”.

Another user said: “That mfs [motherf***ers] is more disappointing than my Afrikaans mark.”

Western Cape Education Department (WCED) spokesperson Unathi Booi confirms that they are aware of the video and says the matter is being investigated.

“The incident took place on the school grounds,” she says.

“Due to the learner’s identities being circulated widely, we will not be disclosing any personal information regarding the learners.

“The school is currently investigating the matter and a disciplinary process is being followed.”

Booi says counselling has been offered to the pupils, but warned against people sharing the video as it amounts to the spreading of child pornography.

“We are calling on all learners to stop the spread of harmful and inappropriate videos by not sharing them on their platforms.