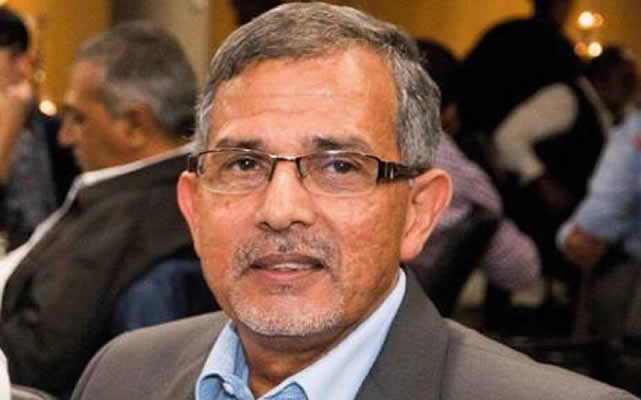 Kidnappers have apparently posted a ransom for businessman Liyaqat Parker, who was snatched from his office on Monday. A source has revealed the kidnappers want 50 million Bitcoin (R4.2 trillion), and sent their ransom note via email on Tuesday.

Neither police nor the family spokesman, lawyer Walid Brown, would confirm the new developments on Wednesday.

However, according to a source close to the the investigation, he is not surprised at the ransom demand.

According to the source, this is the same demand that kidnappers in the other cases made.

“Bitcoin was also requested as a means of payment for Sadeck Zhaun Ahmed and Naushad Deshmukh Khan. Previously it looked like the amounts the kidnappers asked were outrageous, but these are real demands made by the criminals,” the source told the Daily Voice.

Yesterday, the online currency was trading at R85 790 for one Bitcoin.

Neither the police nor the men’s families ever confirmed whether the ransom was paid for their safe return.

Meanwhile, community activist Hanif Loonat, who assisted the families of Ahmed, Khan and Bangladeshi businessman Mustapha Goolam, says he believes previous victims should speak out about their ordeals as it may saved Parker.

“People searched for them for months. Their silence is immoral and not religiously sound. Not cooperating with the authorities afterwards does not help anyone,” Loonat added.

Goolam, 38, who owns Food Town in Lotus River, and who was snatched outside his store in December 2016, is the only one who spoke out, telling of how kidnappers taunted him with eating pork.

They wanted R10 million for his release.

He was found tied up in a Khayelitsha shack after cops traced his snatchers there.

Five people, including a police reservist, were arrested.

Loonat also questioned why the Hawks are not involved in Parker’s case.

Parker, 65, of Plattekloof, was snatched by five men in a silver Toyota Hilux double cab bakkie from his offices in Stairway Close, De Greens near N1 City just after 9am on Monday.

His family has begged the abductors to release him as he health problems.

It is believed Parker has a heart condition for which he’s gone under the knife.

The businessman is a founding member of the Foodprop Group, which owns the Foodworld chain of supermarkets, among his many business ventures.

“There are no new developments to report to the media about this highly sensitive case. This case is also being investigated by our provincial detectives.”

Meanwhile, Community Safety MEC Dan Plato said he would use his next meeting with Police Minister Bheki Cele to discuss the worrying new trend of the kidnapping of prominent businessmen.

“Kidnappings in the province cannot become the new lucrative and profitable criminal venture,” he said.