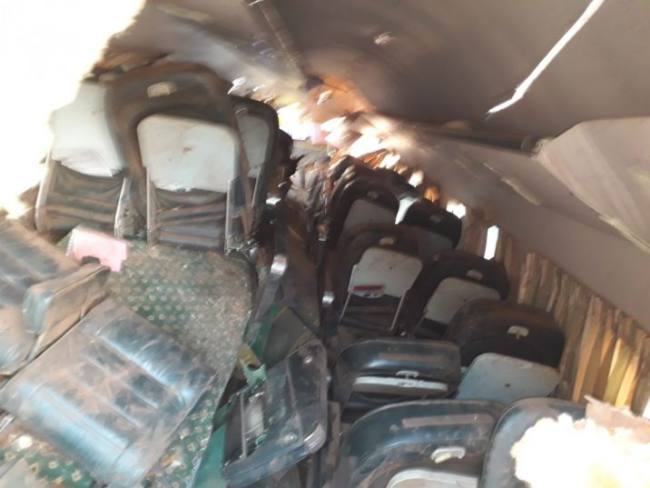 The Convair 340, which crashed on Tuesday in the north of Pretoria, was a historic aircraft bought at Aviodrome aviation museum in early June.

Authorities have confirmed that a second person passed away in hospital following Tuesday afternoon’s plane crash amid a failed test flight.

The Civil Aviation Authority were still busy on Tuesday evening at the scene where a historic chartered aircraft crashed into a dairy factory in the north of Pretoria on earlier yesterday, Pretoria North Rekord reports.


Two people have now been killed and at least 17 more injured in the crash.

The second fatality has not yet been named but was critically injured in the crash.

Martinair, a subsidiary of Air France-KLM released a statement on Wednesday stating that the crashed aircraft was not operated by the airline.

“The aircraft was painted in Martin’s Air Charter (retro) livery, but is not operated nor owned by Martinair or Air France – KLM,” the airline said in a statement.

“The Convair aircraft was destined for the Dutch aircraft museum Aviodrome at Lelystad Airport in the Netherlands.”

Authorities are yet to confirm the nationalities of the passengers aboard the international chartered aircraft.

Reliable sources on the scene, however, confirmed that some of the passengers on board were international visitors.

According to Dutch radio station Omroep Flevoland, the chartered plane that crashed was a historic aircraft from 1954 that was bought at Aviodrome aviation museum in early June.

A video posted on social media shows the plane, a so-called Convair 340, had just taken off when smoke started coming out of the plane. Shortly afterwards, the plane crashed into the factory.

The Aviodrome aviation museum responded on Facebook to the crash as follows: ”We are extremely shocked that the Convair 340, the aircraft that would soon come to Aviodrome, crashed during the takeoff of a test flight in South Africa. Our priority now lies in securing all those involved. ”