Home General News President Ramaphosa no longer trusts anyone in ANC and real reason why... 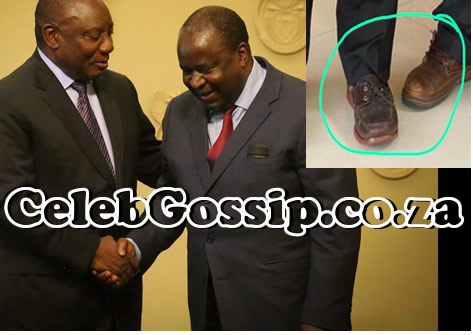 As President Cyril Ramaphosa emphatically takes over control of the state, he has trusted no one with state security but himself – a clear statement that he is determined never to be caught napping again.

Most political experts agree that the dismissal of Defence Minister Nosiviwe Mapisa-Nqakula was not a surprise and was well deserved because she committed the ultimate sin of contradicting the president publicly on a sensitive matter following the recent violence in KwaZulu-Natal and Gauteng.

But, they maintain, the resignation of Finance Minister Tito Mboweni was the biggest surprise of the Cabinet reshuffle because he was a favourite of the markets.

Political analysts canvassed by The Citizen immediately following the reshuffle believed the president had learnt a big lesson.

He must have felt the need to strengthen his security cluster by appointing the no-nonsense, tough-talking outgoing Speaker of the National Assembly, Thandi Modise, a former Umkhonto weSizwe cadre, as the new defence minister.

She replaces Nosiviwe Mapisa-Nqakula, who will be redeployed to another function at a later stage.

“It shows that Ramaphosa was shaken by the events of last month, the failures of intelligence and his concern about loyalty within his Cabinet in the strategic portfolios of defence and state intelligence.

The president feels he can only trust himself on this issue and the handling of security,” Silke said.

Ramaphosa realised his political vulnerability and the danger posed by security instability, which could not be repeated.

Political analyst Dr Ralph Mathekga said: “It’s a drastic reshuffle that had been crafted in a way it does not look drastic.”

The fact that Ramaphosa took over state security showed he was very concerned about the deteriorating situation.

The appointment of Modise to defence was an indication that the president wanted someone he could trust as Modise had done a great job to protect Ramaphosa’s interests in parliament.

Also, the appointment of a panel of experts to probe what led to the failure of the security response in the recent violence was another show of concern by Ramaphosa that indeed the State Security Agency had failed to do its job.

The appointment of Dr Sydney Mufamadi as the presidential security adviser was seen as proper, as he had chaired the earlier panel that found the SSA was politically compromised and repurposed as a tool in ANC factional battles.

“But the biggest move is the appointment of Enoch Godongwana to replace Tito Mboweni in Finance. He has defended Ramaphosa’s policies and stood by him all the way,” Mathekga said.

Silke said the fact that Mboweni had asked to be excused far earlier proved that he had had enough of not having his way as minister of finance.

“This suggests that Mboweni had been increasingly frustrated to pursue structural reforms that were not accepted,” he said.

This was worrying because the investors and markets required a degree of stability in the portfolio and Mboweni was favoured by the markets.

Mboweni’s economic growth blueprint was not only rejected by the left within the governing party, but Ramaphosa did not implement it.

All the appointments showed Ramaphosa wanted to solidify his own standing given the security failures that had occurred.

But according to Silkem Ramaphosa missed an ideal opportunity to appoint someone from the private sector to the economic cluster, which could have brought a sense of assurance to businesses and investors who were worried about the state of public service in the country.

“That person could have made a tremendous input in the economic cluster, particularly in trade and industry. I am very disappointed that the president did not cast his net beyond the ANC in his first Cabinet reshuffle,” Silke said.