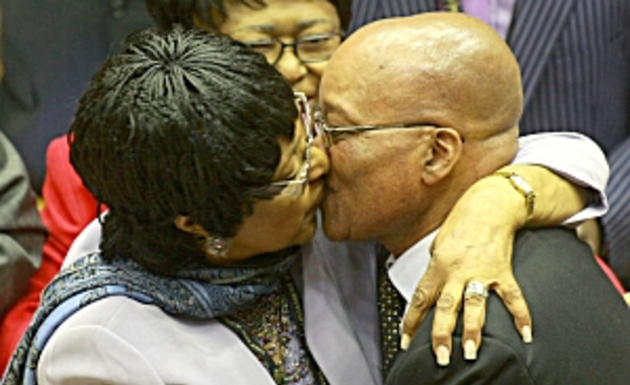 Arts and Cultural minister Nathi Mthethwa has announced that the town of Brandfort in the Free State will be renamed after struggle icon Winnie Mandela.

A government gazette published on Friday (6 August) states that the change has been approved – although it is not clear if it will take immediate effect.

Madikizela-Mandela was an anti-apartheid activist and politician, and the second wife of president Nelson Mandela.

The City of Johannesburg has also formally agreed to rename William Nicol Drive after the struggle icon.

In February, Mthethwa announced a number of name changes in the Eastern Cape which he said were for transformation purposes.

Some of the most notable changes include:

The minister said that the transformation of the naming landscape in South Africa is ‘a critical component of the heritage landscape as a whole’.

“There was a need for the name changes as this is part of a government programme to transform South Africa’s heritage landscape. The names of places we live in reflect the identity and cultural heritage of the people of South Africa,” he said.

Mthetwa said that prior to the changes, the Provincial Geographical Names Committee conducted public consultations on all the names that were changed.

“The South African Geographical Names Act provides for objections within 30 days from members of the public in instances that they are not happy with the gazette name changes,” he said.

The ANC’s Free State branch has said that municipalities should intensify their programmes of naming and renaming as a way of speeding up service delivery.

In a briefing on its Provincial Executive Committee (PEC) meeting in March, the group said this process was also important for security reasons, including response by emergency services.

The branch said that communities are directly involved with the naming and renaming of public assets, and these programmes should be used to their fullest.

“The failure to name our areas – in particular, streets – have impacted at times the provision of certain services, such as timeous response by emergency services. This process will continue to buttress the people’s dignity and (security),” it said.