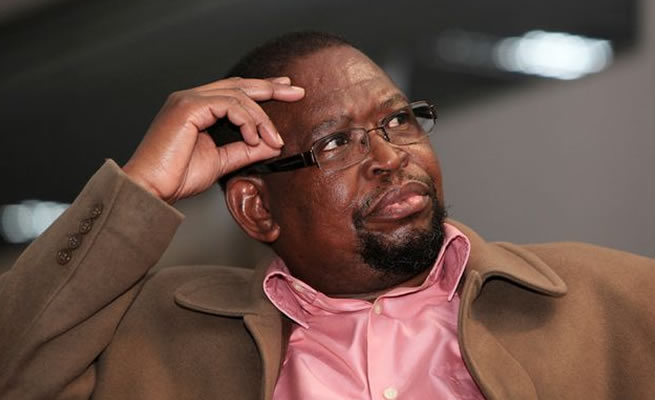 South Africa’s new finance minister cut his teeth in the labour union movement and is regarded as a pragmatic economic voice and a trusted pair of hands.

The 64-year-old is currently chairperson of the Development Bank of Southern Africa, and as head of the ANC’s economic transformation committee, Enoch Godongwana gave voice to more centrist views in the party – reportedly voting against a resolution to amend the Constitution to achieve land expropriation without compensation at the ANC’s National Conference in 2017.

He told the party lekgotla earlier this year that South Africa cannot tax or spend its way out of its current economic crisis, adding that "government expenditure is too high for the amount of revenue that the economy can generate".

In his presentation, Godongwana also pointed out that there was a narrow tax base of only five million individuals, and this base was shrinking.

And in a recent Business Day column, Godongwana outlined his views on what a growth strategy for South Africa would entail, namely "structural reforms, public investment, particularly in infrastructure, and small, medium and micro-enterprise (SMME) support, including access to finance".

"Most importantly, we need a new growth and transformation model for SA that will get us out of the growth trap, focusing first on the extension of social infrastructure to meet basic needs, second on the expansion of economic infrastructure, including energy security, water and transport infrastructure, and third, on the promotion of industrial investment and related education and training policies," he wrote.

Some of Godongwana's previous proposals include changing Regulation 28 of the Pension Funds Act to enable retirement fund investments in infrastructure projects, as well as helping the Reserve Bank finance DFIs through the creation of a R500 billion fund.

He has been a non-executive director of Mondi for the past two years. As recently as in June this year, Godongwana was appointed as director of platinum miner Platinum Group Metals.

Godongwana was born in Cala in the Eastern Cape and matriculated from St John’s College in Mthatha.

He started his career in the trade union movement, first as a shop steward in the Metal and Allied Workers' Union in 1979 and later as an organiser for the National Union of Metalworkers South Africa (Numsa). By 1994, he was general secretary of the union and served on the executive of Cosatu.

He obtained an MSc degree in financial economics from the University of London in 1998, and entered politics, becoming the Eastern Cape’s MEC for provincial treasury, economic affairs, environment and tourism from 1994 to 2004.

In 2004, he was fired by the Eastern Cape’s former premier Nosimo Balindlela following a report into financial irregularities. He was later vindicated after a High Court judge ordered that the report be scrapped.

Godongwana resigned in 2012 "to pursue personal interests", but at the time there were questions about his links to an investment company called Canyon Springs, which reportedly borrowed R100 million of clothing industry workers’ pension money that was never repaid.

At the time, Godongwana he testified that he was unaware that the loan came from a union pension fund.