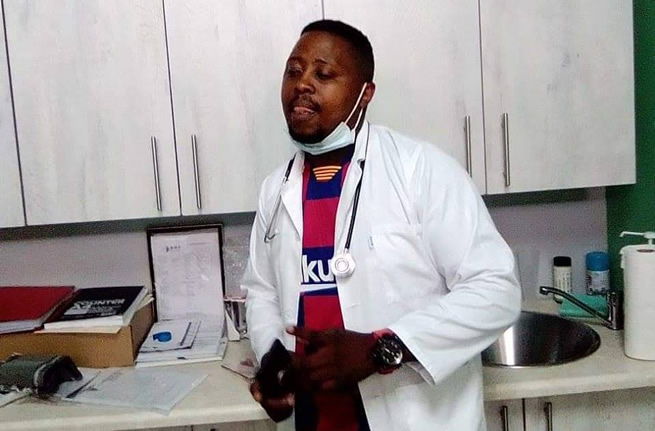 A man from Sterkspruit who stands accused of killing his mother, and who has also been charged with fraud for posing as a clinical psychologist, appeared at the Sterkspruit Magistrates’ Court on Monday.

Nathaniel Molefe Kosie (41), who is originally from Coville informal settlement in Sterkspruit, Eastern Cape, allegedly killed his mother, Nomcubu Mary Kosie – a former teacher – in 2018, so he could cash in on her pension money.

Kosie currently lives in Vanderbijlpark in Gauteng, where he has allegedly been practising as a clinical psychologist, despite his highest qualification being a matric certificate.

Luxolo Tyali, the spokesperson for the National Prosecuting Authority (NPA) in the Eastern Cape, said the case against Kosie was ready for trial.

Earlier this year, City Press established that Kosie, who also goes by the name of Ntsiki Nett Kosie-Khoba on his Facebook and Instagram accounts, posed as a clinical psychologist despite facing charges related to this fraudulent criminal activity.

In an interview in February, Kosie denied killing his mother, but admitted to being first on the scene of the crime. The NPA said Kosie’s mother had been strangled.

In previous interviews, he denied posing as a doctor, despite the fact that in his so-called Intsika Medical & Psychology Clinics practice, he claims to be a chief psychologist [PhD].

Kosie previously said he actually did not believe his mother was dead, but that she had been bewitched by members of his family.