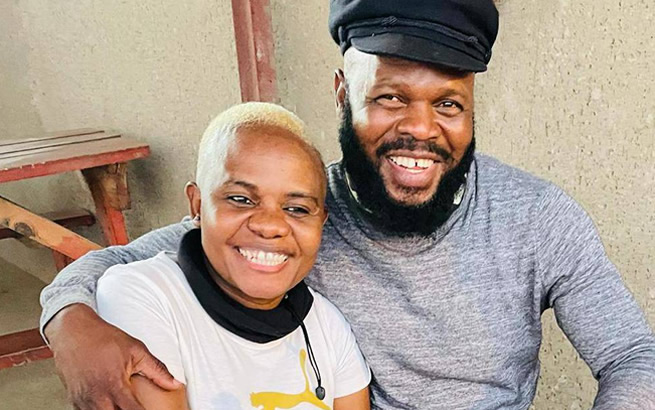 Multiple abrasions showed on the neck of ANC MP Ponani Makhubele in pictures that she shared.

The medical doctor who examined her on July 10 in Giyani, Limpopo, reported on the J88 form “a history of assault, with multiple soft tissue injuries”.

The form, a legal document used in criminal cases to record injuries suffered by a victim, further showed that Makhubele had loose teeth, as well as another soft tissue injury on the side of her left breast, according to the medical diagrams.

A day earlier, Makhubele was happy to get an invitation from her romantic lover and ANC councillor in Limpopo, Dorgen Ndove, who had called and invited her to visit him. That Friday morning Makhubele drove more than 400km from her home in Pretoria to visit Ndove in Majosi village near Giyani.

She told City Press that, on arrival in Majosi, Ndove was not around, and they only met in the evening around 7pm.

He allegedly insisted that he was going to book her in at a local lodge and see her the following day, but she refused because “my security and safety were compromised”.

“I told him I needed some missing items which were in my handbag from the previous week as he usually takes my things whenever we do not agree.

“I then told him I was not going to sleep at [the lodge] as my security and safety were compromised.” She continued: “This is because I already told him I no longer feel safe around him after finding out he is sleeping with a married woman whose husband had just got a pension payout. Through messages, I saw the woman was promising Dorgen a car, so I realised that he and [this woman] may try to silence me as I know their secret.”

Makhubele said she was unhappy that she had driven all the way from Pretoria only to be booked in at a lodge and “left alone in the bushes.”

My suspicions are based on the fact that even the woman confessed and begged me not to expose them,” she alleged.

She then drove to his house, where he lived with his real wife and parents.

She knocked and the wife opened the door.

“The wife welcomed me, and we spoke. She told me that she saw my handbag [in the house] but [she was] not sure what happened to some items.”

It is then that Ndove allegedly arrived.

“He told the wife that I had asked him to divorce her but he had refused and opted to make me his second wife – and it’s a lie. The wife told him she understands why I was there as she too is a woman; she feels he used me and had put my life in danger.”

It was then that the alleged assault happened.

“He then held my throat, kicked me to the ground, banged my head down and pressed my stomach down with his legs. I had to bite his hand for him to leave me alone.

“He then punched me in the mouth and my teeth shifted,” she alleges.

He said there was just “a misunderstanding” and that his political opponents were blowing the issue out of proportion to smear his name.

Makhubele sent City Press details of a police case number in Giyani, saying that she had lodged a criminal case against Ndove.

Ndove has allegedly opened a counter case against her.

She said: “He opened a counter case to pressurise me to drop the case against him, knowing that I would do it to protect my reputation.

“However, the reality is that he abused me emotionally and physically and I’m still not well.”

A week earlier the two had met to try to sort out their issues after family members intervened.

“He announced to his family that he wanted me to be his second wife. We engaged at length until the cases were removed.”

Makhubele visited Ndove in Limpopo once again last Friday and he allegedly took her to the house of the third woman.

“We fought so much until I smashed his car windscreen after he assaulted me again.

“That’s why I say my life is at risk. I was not aware that he was leading me to her house as I don’t know it,” she said.

She said that her understanding was that their relationship was beyond her being a “side chick” but rather a formal polygamous arrangement, “but he was not honest”.

She also alleges that she had already lost an unborn child conceived in the relationship due to the alleged abuse.