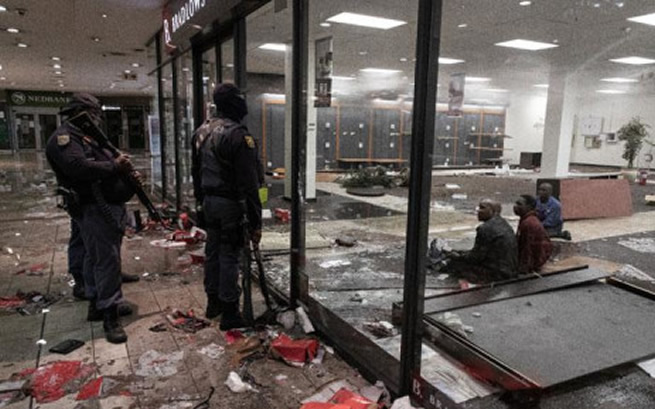 Authorities are investigating evidence linking ANC branches in KwaZulu-Natal to the violent protests that resulted in the deaths of more than 100 people and damage to property and infrastructure running into billions of rand.

The State Security Agency and the police are investigating several social media groups — including a WhatsApp group called Shutdown eThekwini, where ANC branch members from Durban allegedly discussed how to block highways and attack shopping malls to force the state to bow to their demands and release former president Jacob Zuma. 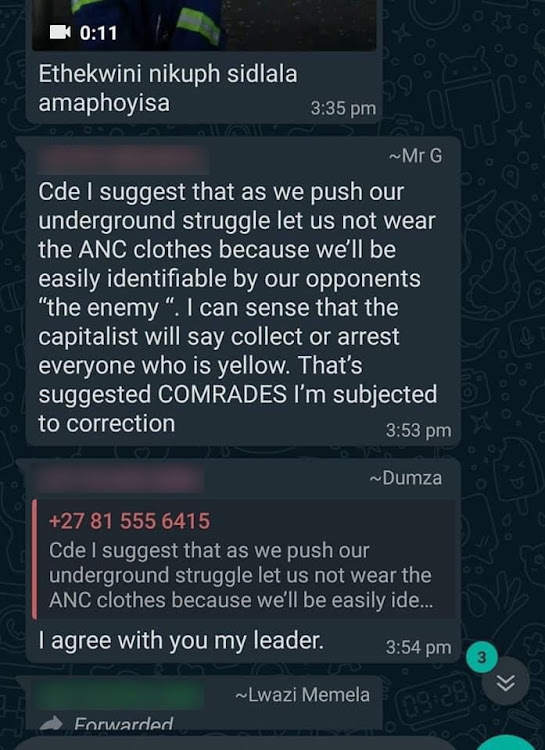 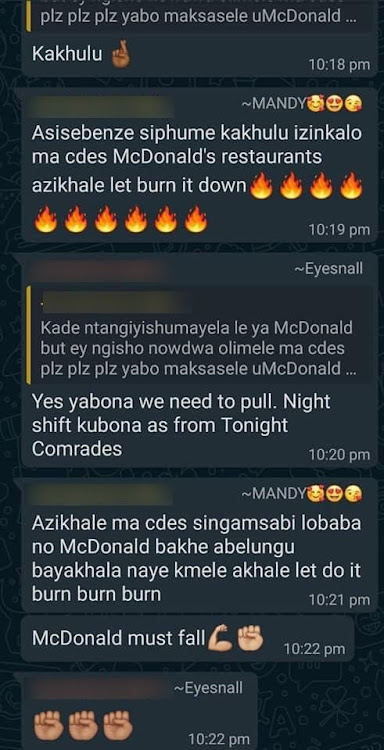 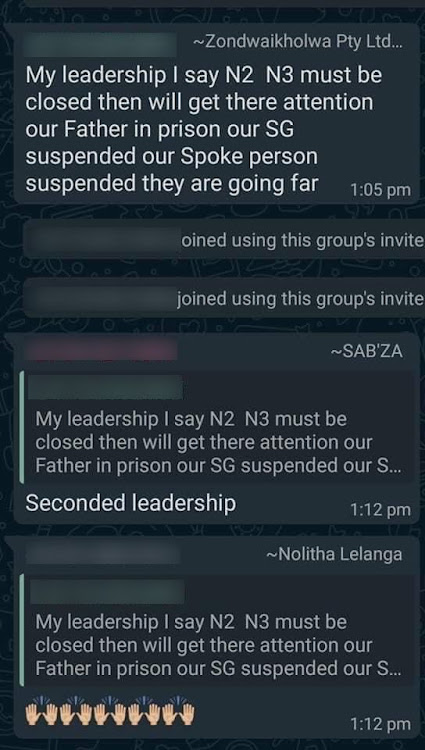 The group was started last Thursday, a day after Zuma was incarcerated for being in contempt of court.

That is where the plans to block highways and attack malls were discussed. They also shared the home address of acting chief justice Raymond Zondo and suggested that his home be attacked.

Initially the group planned to meet at the ANC provincial offices in Durban on Friday to discuss their strategy, but later decided that each member must cause chaos where they stay.

Members of this group also include government officials. The group advised each other not to wear ANC regalia when executing the attacks.

This evidence may prove that the looting of shops was instigated by Zuma’s supporters within the ANC, and that communities in affected areas merely followed suit.

Approached for comment this week, most members of the group denied having participated in the group discussion and claimed that their cellphone numbers had been hacked.

Lwazi Memela, a health department official from Umlazi, whose number appeared in the WhatsApp group denied being involved. “No, I am not involved. I have no idea where that is coming from and I don’t know how my name was dragged into this. I sit at home all day.”

Lungisani Blose from KwaXimba also pleaded ignorance. His number can be traced to a message in the group which read: “My leadership, I say the N2 and N3 must be closed and then we will get the attention of our father in prison. Our SG is suspended and our spokesperson, they are going far.”

Blose said: “I recently found out that my WhatsApp was hacked. I recently sent money to someone but it wasn’t because of this mess. How can I be involved in looting because I am also inconvenienced?”

Nolitha Lelanga from Ward 75 said: “No, I left the WhatsApp group and I do not know anything about that. I have just been discharged from hospital because I had Covid-19.”

Lelanga said she had received a similar phone call where she was quizzed about her involvement.

A pastor from Johannesburg, Tshepo Mokoena, claimed that his phone was hacked when we informed him a message sent from his number read: “Sorry, my cadre in the revolution, there will be casualties. We strongly condemn the looting of black-owned businesses. Attack Shoprite, attack Pick n Pay, attack Woolworths, attack Absa, FNB and Capitec.”

Denying the message, Mokoena said: “I am not a part of that, we just want people to stop looting. These people were misusing the platform, this thing was about Jacob Zuma and they are doing the wrong thing. I am not encouraging people to steal in the name of Jacob Zuma because they are going to lose their jobs. How can you burn Shoprite knowing very well that tomorrow you will lose your job?”

When asked why the message was sent from his number, he said: “I don’t know who is hacking my phone. I am not participating in any groups. I reported this to the police last week. I received calls last week, yesterday and today and I am not even a part of this thing, I am a pastor.”

A Mandy Chill, who was not immediately available to comment, also weighed in on the conversation saying: “Let’s work and get all our people out to all McDonalds restaurants, let them burn.”

Chill was referring to burning McDonald's franchises which used to be owned by President Cyril Ramaphosa.

Another person suggested that they work “a night shift”, to which Chill responded by saying: “Let’s go comrades, let us not be afraid of this man and his McDonalds. White people are crying, he must also cry, let’s go burn. McDonalds must fall.”

Mava Scott, spokesperson for state security minister Ayanda Dlodlo, said the agency had collected all information containing threats of violence and handed them over to the police.

Police spokesperson Maj-Gen Mathapelo Peters said they would not give blow-by-blow updates on cases.

Police minister Bheki Cele’s spokesperson Lirandzu Themba said investigations into those responsible were ongoing. “More information will be communicated when this investigation has been completed or in due course,” said Themba.

Some information shared on social media suggested that suspended former spokesperson of the dissolved Umkhonto we Sizwe Military Veterans Association Carl Niehaus may have participated in some of the WhatsApp groups. However, he denied this.

“I am not part of orchestrating, planning or doing anything in terms of looting or violence or anything like that. If I am being investigated, anyone can come and ask me. My impression is that there is a scapegoating and not people being accused and blamed.

“How would I orchestrate this kind of looting? You can go to my Twitter account and Facebook, there is no incitement of violence. If there was a WhatsApp group that was discussing that, I would immediately exit it because I am opposed to it,” said Niehaus.

Nkosentsha Shezi, leader of a group calling itself Radical Economic Champions that launched the “Free President Jacob Zuma” campaign, said he would never associate himself with any acts of criminality.

Shezi’s name and number do not appear on any WhatsApp group conversations that TimesLIVE has seen. “Why would I want to associate myself with any violence? I have been making public statements about Zuma for the past 10 years, have they ever been about violence?”

When he arrived in Johannesburg on Sunday morning he claimed that there was a high police presence at the OR Tambo International Airport. “I overheard the police calling each other saying that I am there but they did not have anything to arrest me. After that I escaped and went to Sandton where I addressed the media.”

He said the police were making his life a misery. “They are following me around. I survived five attempts of arrest in Johannesburg. The hotel that I was staying in was scattered with about 10 vans and five intelligence cars. I flew out with a private jet as a result of that.”

He claimed that the car which had his phone, which is allegedly intercepted, was stopped and checked everywhere. “People were kicked and kicked in Johannesburg because they were looking for me. I am in a secret location right now as a result of that nonsense.”

Mchunu said he was aware that he was being investigated.

“I am not in any WhatsApp group. I don’t have any group on my phone because I am busy, I do not have time for that nonsense. WhatsApp groups are for bored people and send messages when they have insomnia.”