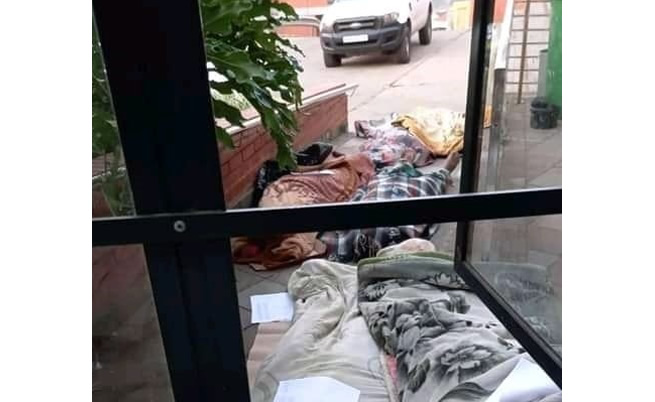 About five dead people were dumped outside the Inanda police station since Monday.

It is alleged that the people were shot and stabbed to death on the road.

Families waited for hours for Forensic to arrive at the scene but they failed.


They then allegedly decided to dump the bodies at the police station.

A reliable source inside the police station confirmed the matter.

"The bodies were lying outside the charge office but the vans are taking them to the mortuary," said a police source.

Another police source said that it's terrible.

"People must stop now. It's not right to see dead people lying like that," said another police source.

National Joint Operational and Intelligence Structure released the statement that stated that 27 cases (14 murders and 13 inquests) are being investigated by cops.

Health MEC Nomagugu Simelane has called for the protection of health workers.

People burnt an ambulance and stoned another one. "There have also been reports of delays with the collection of mortal remains, as Forensic Pathology Services battle to reach scenes where people have passed away," said Simelane.

She said they are also unable to collect bodies from Primary Health Care facilities (clinics) that do not have mortuaries.