Home General News 'Mjolo is a pandemic' – Pastors speak out after having a hard... 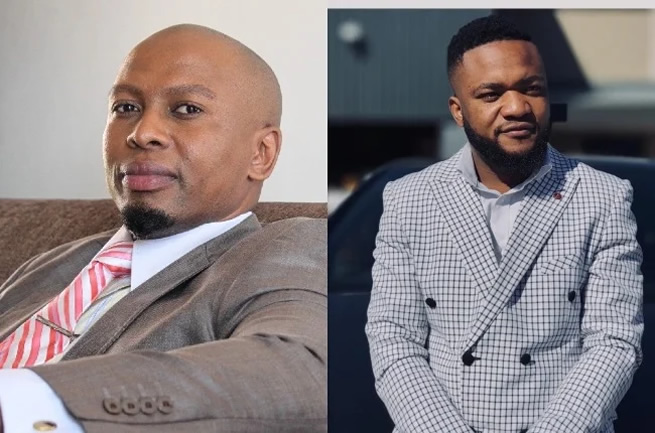 Finding the love of your life can be difficult. Some have gone looking for love on apps, while others find their forever at church or the mall.

But for some, going to a dating show seems like the only option. But even with that, there are no guarantees, even for pastors.

This is a lesson learnt by Pastor Lincoln Fero and Apostle Aron Zion Khunou, who went on the reality show Pastor Wants a Wife.

After 13 episodes, the two men left the show still single, showing pastors can also struggle with love, just like everyone.

The pastors share their experience. They had the opportunity to meet 12 women on the show.

“It’s not a struggle to have people (women), it’s a struggle to find people who can get you. There are people there but there is no guarantee that they will understand ministry,” Apostle Aron says.

The church leader of City of Light Ministries International has been married twice and says it didn’t work out because the women he was with didn’t quite understand what it took to be a Mam’fundisi (pastor's wife).

“To meet someone who doesn’t know who they are and is sort of not ready to tell the truth about who they are, you must know you are already in the mud. I was so happy when viewers were saying even pastors go through this. They do.

“I could easily hide it and pick someone from the church. Or ask a friend of mine to get me someone from their church. But that’s the thing, most people don’t know how much we suffer,” Apostle Aron says.

He believes that a lot of the dysfunction in relationships has nothing to do with the current situation but more about upbringing and experiences that some have not healed from.

“That is why mjolo is a pandemic for us today. Everyone is crying,” the apostle says.

Pastors are just like everyone else, even in the love department.

When Drum calls Pastor Lincoln of the Elijah Lincoln Ministries, a piano song, Tholukuthi is his caller tune, surprisingly.

He says being on Pastor Wants A Wife made him realise that he is good without a wife for now and that there were certain things he didn’t know about myself.

“It was therapy,” he says after seeing himself on screen. “I am so in love with the Lincoln I am becoming and I would not want to let anyone disturb that Lincoln.

“Being around six women all of them see you from their own point of you and they expect you to be something. You have to be everything to everyone else. That was something else. I don’t even know to explain but it was overwhelming,” Pastor Lincoln says.

At times, he felt like running away from everything, he admits.

“Being on the show and interacting with the women I was not finding what I want from these women. It helped me realise what I am looking for.

Both Pastor Lincoln and Apostle Aron say their DMs are full, even though they were criticised during the show. They were called arrogant, shady, liars, to name a few by viewers of the show. But they were also receiving private messages from women.

“The greatest temptation for a man of God is a woman and they are all around throwing themselves at you.

“Left right and centre like daughters of Pharaoh trying to rescue us," he laughs.

Just like Apostle Aron, he believes it is easy to be with any woman but it is not easy to find a wife.

Viewers, women in particular, did not mince their words when it came to expressing what they thought about the men of the cloth.

Apostle says he got a lot of hate mail and a lot of people were swearing at him online.

“I have the understanding that we are not all for everybody. As a pastor, you are always trying to speak to everybody, in a way you are people pleaser in a sense that you want everyone to be okay. You want people to be happy. It is not necessarily the best thing to want to make everyone happy,” Apostle Aron tells us.

As tricky as the show was for them, they say they would not mind being part of the second season, if there is one.