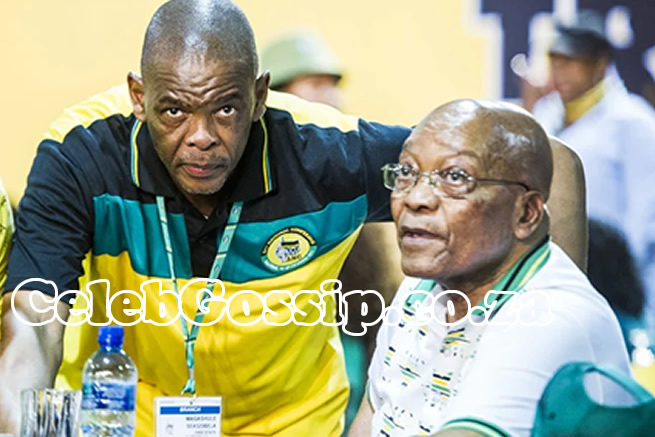 Ace Magashule, who also has his own dark cloud hovering above his political career, said Jacob Zuma remained a hero even during his own difficult times.

Magashule, a staunch Zuma ally, has called on him to remain strong during what he calls this "stormy" period.


He is one the few ANC leaders who recently visited Zuma to show him support.

Magashule, who also has his own dark cloud hovering above his political career, said Zuma remained a hero even during his own difficult times. He encouraged those who stood by him not to feel hopeless.

Be strong now because things will get better. It might be stormy now, but it can’t rain forever.

Zuma is the first president to be sentenced to jail in South Africa, and this is not the last of his legal battles.

He faces several other charges, including those of corruption stemming from his days as deputy president of the country.

His supporters have often argued that the former president has been targeted, threatening to spill the truth about the real state of play.

Magashule shares those sentiments and said one day, the truth would come out.

On Monday, the Constitutional Court will hear Zuma’s application for it to rescind the judgment it handed out the against him last week.