Home General News DRAMA- -President's daughter cuts all of cheating hubby's clothes into half with... 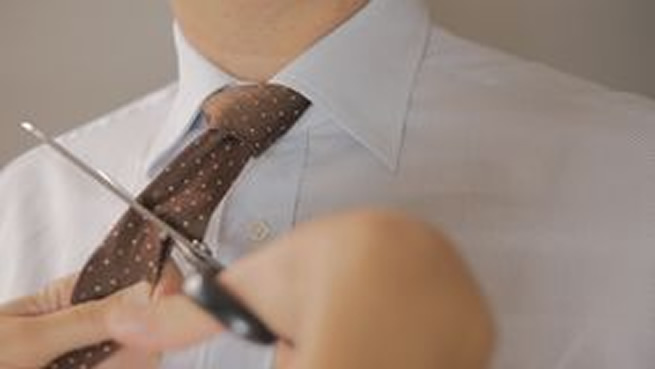 The daughter of a former president has been accused by her ex-husband of cutting off his expensive attire to shreds in a violent rage at their matrimonial home in Sandton.

The businessman, who was accused of being involved in an adulterous affair that produced a love child, claimed that the politician’s daughter vandalised everything in his wardrobe and that he had to splurge several thousands of rand to buy new clothes after the incident.

These revelations are contained in court papers he filed recently in the Joburg High Court, demanding full access to his two children.

“Before I left the common home for the first separation, the applicant destroyed my entire wardrobe of clothing, including cutting off the sleeves of each suit I owned, damaging my shoes to make them unwearable, cutting my ties in half, cutting my jeans, vandalising my shirts, sweaters and all other items of clothing, to the extent that when I returned my entire wardrobe had been vandalised and damaged and or destroyed,” read the papers in which the businessman recounted the incident that happened in February 2015 when the couple first separated.

He said the incident led him to vacate their matrimonial home, noting he returned home in September that year after the intervention of their families but left again in February the following year because their marriage had broken down irretrievably.

The couple has since divorced.

In the court papers that we have seen, she argues that the children should be seen by a clinical psychologist, who would provide guidance on the manner in which they should be introduced to each other.

She also accused him of being an irresponsible father who went on a junket with another woman overseas.

“So unfair if you making slay queens’ dreams of seeing Drake overseas with first-class tickets and fivestar accommodation and a shopping spree! One of many trips. Barcelona, Italy etc. You should have chosen to see beyond yourself and chosen the girls this past weekend and not taking one of your slay queens to the Grand Prix!” read the papers.

The case, in which they will also debate whether the businessman must pay for overseas trips for her and the children, will be heard in two weeks.