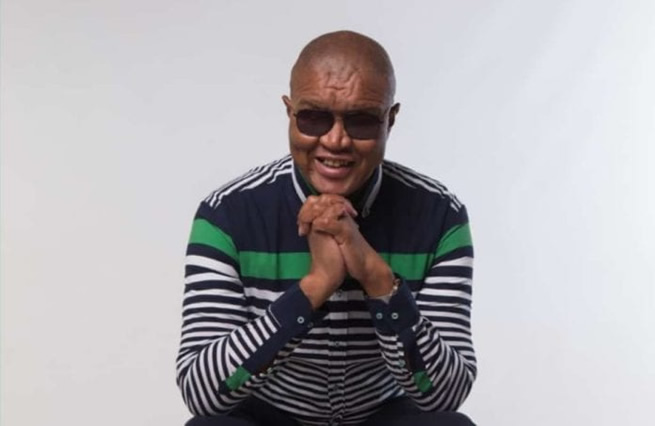 Legendary South African musician Steve Kekana has passed away at the age of 62.

Kekana lost his sight at the age of five years old and attended a school for the blind in Pietersburg.

Kekana passed on after an undisclosed short illness at Polokwane hospital in Limpopo this morning.

Two sources close to the musician confirmed that the artist is no more.

Speaking to Sunday World, his brother and business partner Johannes Kekana said the family was saddened by the musician’s passing.

He said when he was admitted at Polokwane hospital yesterday, they never thought that would be the last time they see him.

“He was admitted to hospital yesterday after he complained about some pains but I didn’t think he was going to leave us. I was with him on Saturday and he was not feeling well, so when he has admitted yesterday, he has already changed, you can see he was not okay, “ he said.

Kekana said his brother was a strong person, a giant, and loved music.

“The whole of Zebediela lost a giant and a good man. I am sad because we had planned together and we were working on projects that were going to benefit the people in our community. I have lost a brother and life will never be the same without him,” he adds.

“We are poorer without him, the death has once against robbed us of one of our talented musicians. AS Limpopo Artists Movement, we would like to send our message of condolences to the Kekana family and the entire country. Bra Steve was a living legend who really contributed extensively towards the growth and development of our music industry. We are now engaging with the Department of Sports Arts and Culture to make sure that he gets a decent funeral,” he said.

During his schooling years, he nurtured his love for singing and became a member of amateur groups during his teenage years.

In 1979 and 1980, Kekana won what was then known as the SABC Black Music Award for best male vocalist.