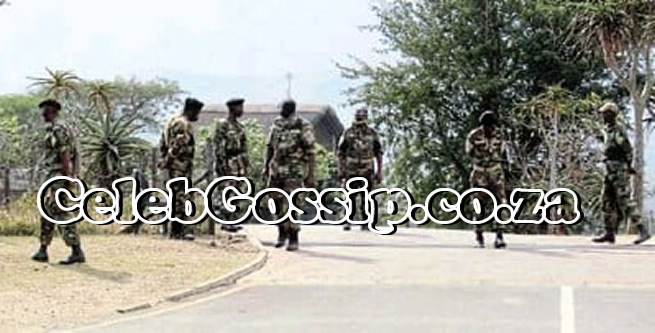 As tensions continued to rise outside Nkandla with former president Jacob Zuma’s supporters vowing not to allow his arrest, criminal law experts open up about possible scenarios.

While it remained unclear if Zuma would submit himself to the police to serve the 15month prison sentence imposed on him by the Constitutional Court on Tuesday for contempt, his backers have vowed to block the police from arresting him.

His homestead in KwaZuluNatal was a hive of activity as some arrived in the rural town ahead of his Sunday deadline to hand himself to police to be processed for imprisonment.

Criminal law expert Adv James Grant said the police could use appropriate force if Zuma did not voluntarily hand himself over and if his supporters tried to block the arrest.

“They [supporters] could be charged with obstruction of justice and if the police resort to force, the supporters may step over the line and commit an assault against the police, which would carry very serious consequences,” Grant said.

Criminology expert Dr Guy Lamb said while police were empowered by the Criminal Procedure Act to apply force, they had to caution against the use of excessive force.

While section 49 of the Act states police are authorised to “use such force as may be reasonably necessary and proportional in the circumstances”, it is clear that an attempt to arrest a suspect cannot happen without the use of force.

Lamb said what would constitute “reasonable force” would depend on the conduct of Zuma’s supporters and that they would likely be dispersed through teargas, water cannons and stun grenades.

“The police are allowed to use those mechanisms that are less lethal to clear the crowd if they cannot negotiate the passage of the police into Nkandla, but it mostly depends on what the crowd does,” he said.

The Constitutional Court, which found Zuma guilty of contempt of its order to appear before the Zondo commission of inquiry into state capture, did not impose any restrictions on his movement pending his deadline to go to jail.

But according to criminal law expert Nthabiseng Dubazana, Zuma could not leave the country as this would be seen as an effort to escape imprisonment. Dubazana said Zuma has to report to the stipulated police station by Sunday night, after which the police would have to arrest him, as directed by the ruling, within three days thereafter.

Dubazana said while Zuma was “finished” in terms of legal options for appeal, he could declare his medical condition on arrival in jail in a bid to secure house arrest.

“He then can request that he be placed in a cell where he does not mix with people, or his attorneys can make a request to the board that he be given house arrest.

“In that way he can report to a correctional services facility at least twice a week and they can monitor his movements, which will be limited,” Dubazana said.

Grant said there were no imaginable circumstances in which Zuma would be allowed to leave the country, despite the court order having not placed conditions on his travels.

Umkhonto weSizwe Military Veterans Association (MKMVA) president Kebby Maphatsoe said the association would be beefing up its presence in Nkandla, where it had been guarding the Zuma compound for the past four months, to defend him from being jailed. Staunch Zuma defender and leader of the radical economic transformation (RET) grouping, Nkosentsha Shezi, said they would oppose his imprisonment at all costs.

Gareth Newnham of the Institute for Security Studies said Zuma would become a wanted person should he pull a no-show by Sunday.