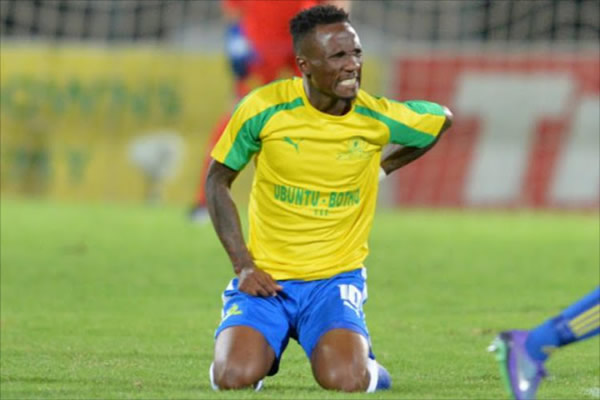 The SA Revenue Service (Sars) has confirmed that former Bafana Bafana super-star Teko Modise is among the 10 taxpayers accused of failing to submit their outstanding tax returns.

Sars issued a statement on Monday with the names of offenders in terms of section 74 of the Tax Administration Act, and the Cape Town City star is among the 10 offenders who were fined and now have criminal records.

Modise and the other taxpayers were fined between R2 000 and R20 000, and admission of guilt fines were handed down by courts.

“Modise was among those listed for failing to submit returns for his personal income,” Sars spokesperson Janine Mqulwana told Fin24.

Modise’s football career has been dogged by financial issues.

In 2015, Modise lost his Johannesburg home after he failed to keep up with his bond repayments for several months, while in 2017 it was reported the former Orlando Pirates and Mamelodi Sundowns star blew R22 000 a month in car repayments on his R2 million Aston Martin DB9.

Modise, a two-time ABSA Premiership winner during his time at Sundowns, currently plies his trade for Cape Town City FC, where he recently extended his contract until the end of the 2018/19 season.

Modise's last appearance for Bafana Bafana was in 2012. To date he has made 66 appearances for the national team, scoring 10 goals.

The others on SARS' name and shame list are:

Those linked to businesses failed to submit returns with respect to VAT and employees, Mqulwana explained.

According to the tax administration act, the commissioner may publish names of offenders and particulars specified related to the tax offence committed by a person, once the person has been convicted of the offence and once an appeal or review process has been completed.

SARS acting commissioner Mark Kingon last week said that the agency is clamping down on non-compliance.

SARS is also working with the National Prosecuting Authority to prosecute non-compliant taxpayers who are not submitting their tax returns.